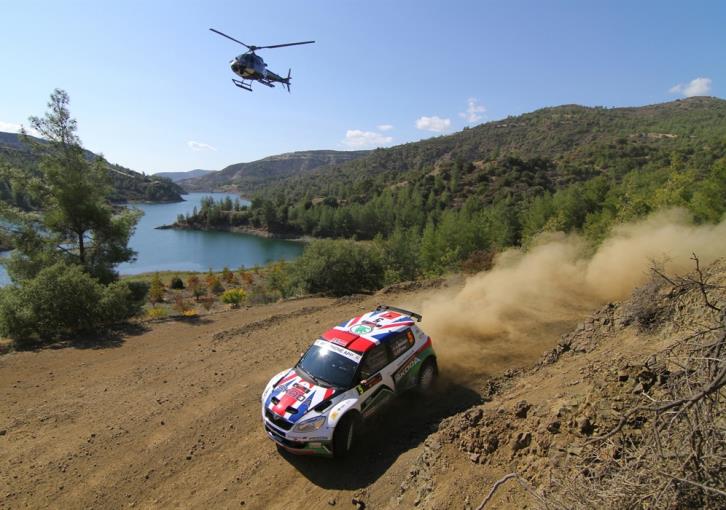 A total of 65 crews from 19 countries will be taking part in the Cyprus Rally 2018 to be held in Larnaca from 15 to 17 June. This is the first time the rally has moved to Larnaca, with the Start and Finish Ceremonies, Headquarters and the Service Park itself all based in the coastal city. The Cyprus Rally will be the fourth round of the European Rally Championship with the organising committee working for months on delivering another exciting weekend of rallying action.

The move to Larnaca was embraced by the Mayor of the city but also the municipal council. Speaking at a press conference on Tuesday, the chairman of the Sports Committee of Larnaca Municipality Andreas Christoforou said that Larnaca will be living to the rhythm of the rally for a whole week. The Service Park will operate at the Cyprus Ports Authority area from June 11, while the Start and Finish of the exciting event will be held at the Phinikoudes promenade on 15 and 17 June.

Recce  will be held on the morning of June 15 as will the Qualifying Stage which will determine the starting positions of the cars ahead of the rally. This will be hosted on a 6.33 km stage just outside the city of Larnaca. After the Qualifying Stage, the mediaeval castle at Phinikoudes will host the Number Selection process and a few hours later, at 19:00, the Starting Ramp will be set on Phinikoudes for the Starting Ceremony.

The action begins on June 16 with the crews running six special stage (three stages which will be repeated for the two loops) with a total length of 94.34 km.

The first special stage (SS) of the rally will take place in the village of Kelia with a total length of 21.48 km, followed by the Analiontas SS (14.41 km). Cars and crews will then head to the hills for the Stavrovouni SS (11.28 km) before returning to Larnaca for the noon service. The three stages will be repeated before the cars are locked under park ferme rules for the evening.

Seven more stages await the crews for Sunday. The highlight of the day will be the Super Special Stage which, once again, will take place in the heart of Nicosial. The day will begin with the spectacular Geri stage (22.00 km) followed by the Super Special Stage in Nicosia. The morning loop will close with the Lagia and Lefkara stages, 12.67 km and 19.82 km respectively. After the noon service the cars will repeat the morning stages (except for the Super Special Stage which will only have a morning pass). After the second pass through Lefkara, the remaining crews will head back  Phinikoudes where the Finishing Ceremony will take place at 18:30.

Read more: The city of Larnaca prepares to host the Cyprus Rally 2018