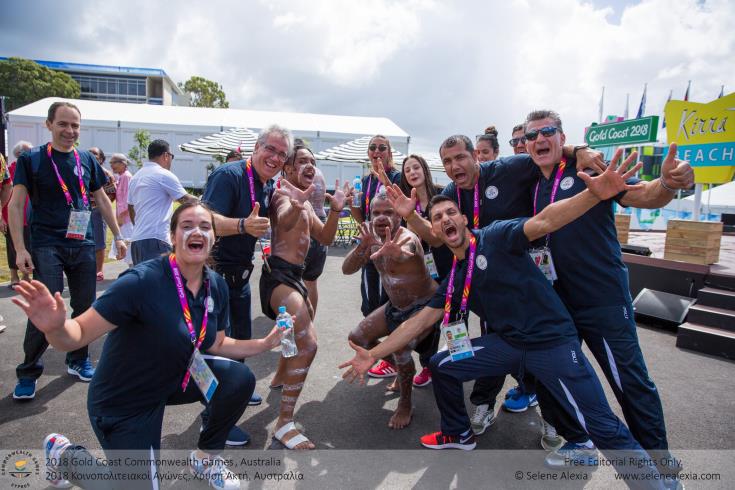 Cypriot athletes who competed in the 21st Commonwealth Games, in Queensland, Australia managed to place Cyprus in 10th place, with 14 medals. In a written statement, on Sunday, Cyprus President Nicos Anastasiades conveyed his “warmest congratulations to all those who represented our country in the Commonwealth Games, which were hosted in Australia.”

The results, he said, “confirm that sports are day by day becoming more competitive in our country and they not only make us proud but also create an obligation on the part of the state to support the infrastructure which is been developed even more.”

President Anastasiades also expressed his wish to meet with all the athletes at the Presidential Palace and to personally shake each and every ones hand.

Cyprus had previously two gold medals at the Glasgow Commonwealth Games in 2014 and eleven in New Delhi in 2010.

In this year`s Games Cyprus won eight gold medals, one silver, and five bronze. Out of the 71 countries and regions which took part in the Games only 39 won medals.

Eighteen-year-old Diamanto Evripidou who competed at the Games for the first time won a total of six medals in rhythmic gymnastics events; Five individual gold medals and a team gold medal with Eleni Ellina and Victoria Skittidi as well as one individual silver and one individual bronze.

Discus thrower Apostolos Parellis managed to win his second medal in Commonwealth Games with a bronze.

At the same time, Alexis Kaouslidis also got a bronze in wrestling. His was the first medal for Cyprus in wrestling since 1994.

In a press release President of the Cyprus Sports Organisation Kleanthis Georgiades congratulated the athletes praising them for their continued commitment and noting that the outcome achieved is a result of their hard work and excellent cooperation between everyone involved.

By In Cyprus
Previous article
British Bases in Cyprus use in Syria attacks limited, May assures Cyprus President
Next article
Limassol Molos Promenade