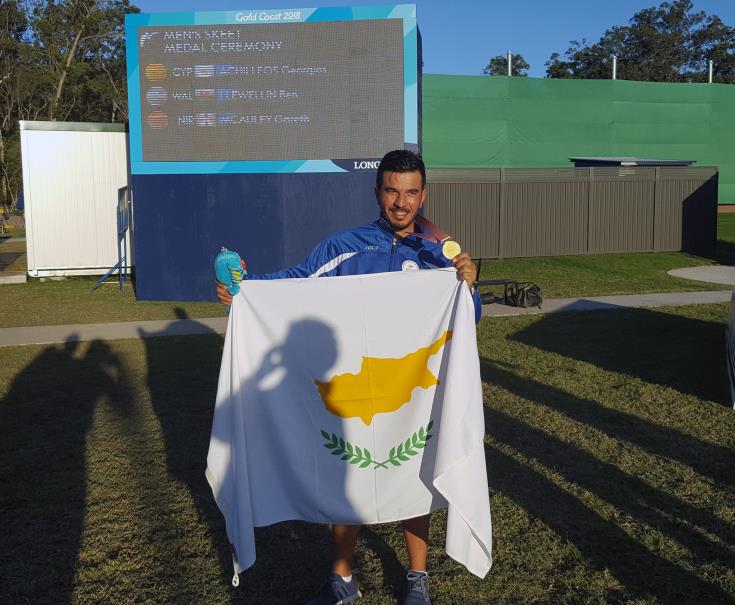 Cypriot skeet shooter George Achilleos won a gold medal on Monday on day five of the Commonwealth Games in Gold Coast, Australia, scoring a three-peat after Melbourne and Glasgow. Also on Monday, gymnast Marios Georgiou came first in men’s parallel bars and secured his second gold medal in the Games.

According to Mikaelo Papadakis of the Union of Cyprus Sports Writers, Achilleos won 3 gold medals in the past 20 years, another 2 gold medals and one silver as part of a team and is considered the greatest shooter among participants from 71 countries in the Commonwealth Games.

Having won 6 medals, he is considered the most successful Cypriot athlete in the Games, surpassing Chystalleni Trikomiti who won 5 medals.

Following his first gold medal, on Sunday, and a bronze one, Marios Georgiou added a second gold medal today after winning in men’s parallel bars. He scored 8.533 at his performance and secured a total of 14.533, leaving England`s Nile Wilson in the second place.