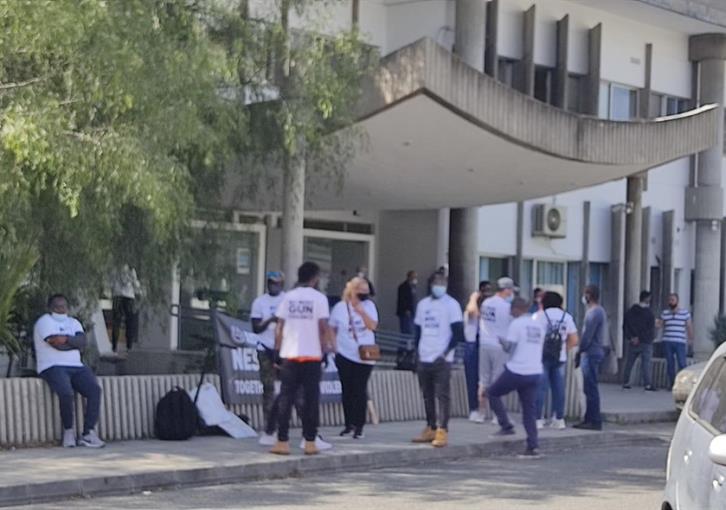 The relatives of 33-year-old complainant against who shots were fired in Zakaki were today outside the Limassol District Court with banners complaining of racism against the young man who comes for New Guinea. On 14 March shots were fired against the man’s house in Zakaki damaging the front door and his car. A 55-year-old neighbor of the complainant is accused of the case since they had border differences. During his testimony the 55-year-old man admitted the offences. The gun he used has not been found yet.