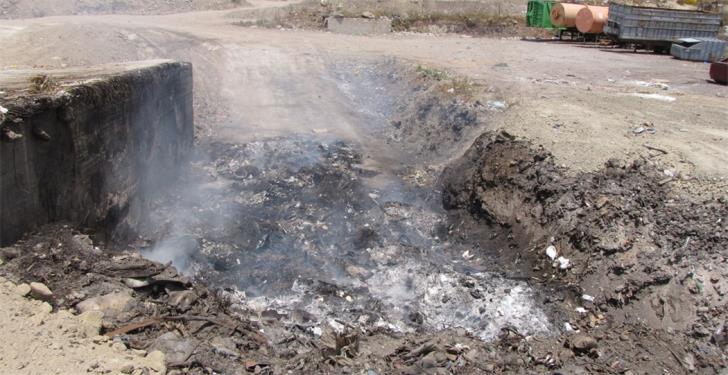 Residents in Limassol district’s Ypsonas and Polemidia areas are up in arms over the frequent unbearable smell of burning trash to dispose it from a neighbouring landfill – especially at evening hours.

This is what Philenews reported on Tuesday, adding that residents complained that the smell which is also toxic endangers the health of vulnerable groups of society there and not only.

Mayor of Ypsonas, Pantelis Eftychiou, said the Municipality discussed the issue at a ministerial level and has already given instructions to the Facility for the solid waste management (OEDA) to take action.

Specifically, to proceed with the opening of a tender providing that cracks created due to the systematic burning gt sealed until complete restoration of the landfill takes place.

Eftychiou also explained that the unbearable smell  comes from the former Vati landfill due to decomposing rubbish.

“When the north wind blows, the air becomes suffocating,” the mayor said, adding that the issue will be addressed at the next session of OEDA board to speed up correction action.

By Annie Charalambous
Previous article
Police hand out 27 fines for violation of covid-19 measures
Next article
Brexit in limbo: UK says there is no point talking until EU gets serious