Ypsonas fire burning out of control due to strong winds 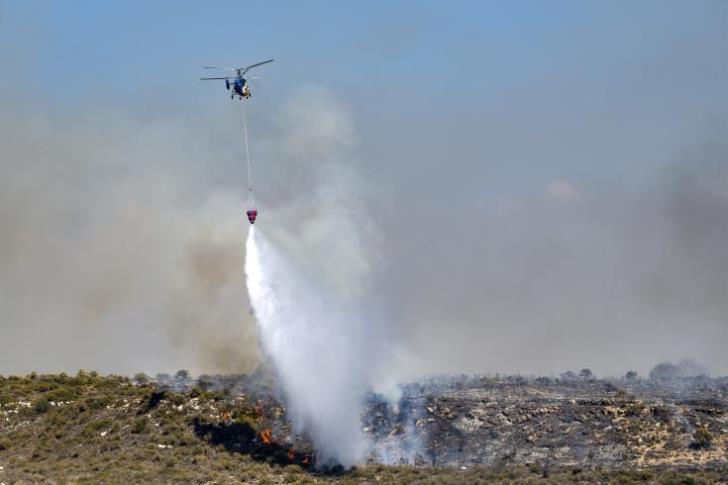 A large wildfire has been burning out of control since 13:15 today, in Ypsonas, in the area of ​​the Limassol General Hospital.

According to Fire Brigade spokesperson Andreas Kettis, the ‘Ikaros’ project has been implemented and eight aircraft are already operating in the area: two leased helicopters, as well as a police and National Guard helicopter and the two aircraft of the Department of Forests. In addition, the assistance of the British bases has been requested and they have provided two additional helicopters.

Paphos Firefighters and officers from the Disaster Response Unit were called on the spot. The north-eastern fire front is currently burning out of control and while the fire has been rekindled on several occasions on the western and southern fronts.

So far residential areas have not been at risk. Efforts are also being made to prevent the fire from reaching the livestock farms in the area.

The reinforcement of firefighting forces is continuous, Kettis said, however, the fire fighting work is quite difficult because of the strong winds in the area.