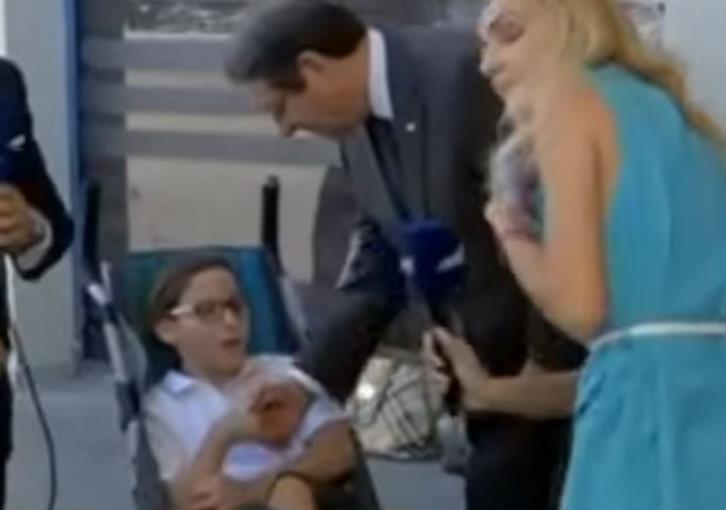 A young boy in a wheelchair waited patiently at the exit of Nicosia Hospital on Friday so that he could ask President Nicos Anastasiades to do something about drivers who park their cars in spots reserved for the disabled.

Anastasiades visited the hospital to see how implementation of the general health system (GHS) was progressing and to talk to hospital staff and patients.

He also visited former President Demetris Christofias who has been in intensive care with breathing problems for a week, telling reporters later that the former president was stable.

As he was preparing to leave, Loukas asked to speak to him.

“We cannot park because people who are not authorised to do so are parking in the spots. Please do something,” the boy told the president.

The president promised Loukas that he would.

And in a message on Twitter a little later, the president thanked Loukas for raising the issue.

“My instructions to all the competent authorities in that I will not tolerate failure to check or to punish all those who violate the rights of the disabled,” he wrote.

And he added that instructions have been given to the Justice Minister for more checks and to the head of the Press and Information Office for another awareness campaign on the rights of the disabled.

The boy’s mother told philenews said that it was Loukas’s own initiative to raise the issue with the president.