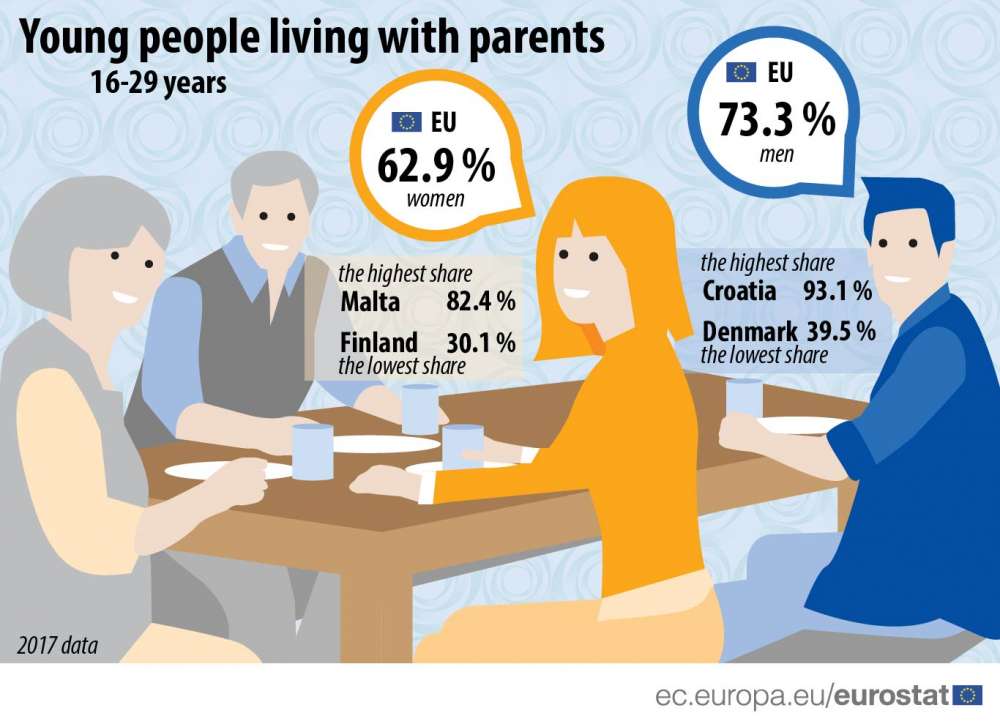 Young people in Cyprus are more likely to live with their parents than the EU 28 average.

But in line with the EU trend, more young men than young women tend to live with their parents, according to Eurostat figures published on Friday.

In Cyprus, the corresponding figures were 84% for young men and 69% for young women. This puts Cyprus among the 10 countries with the highest such ratios. 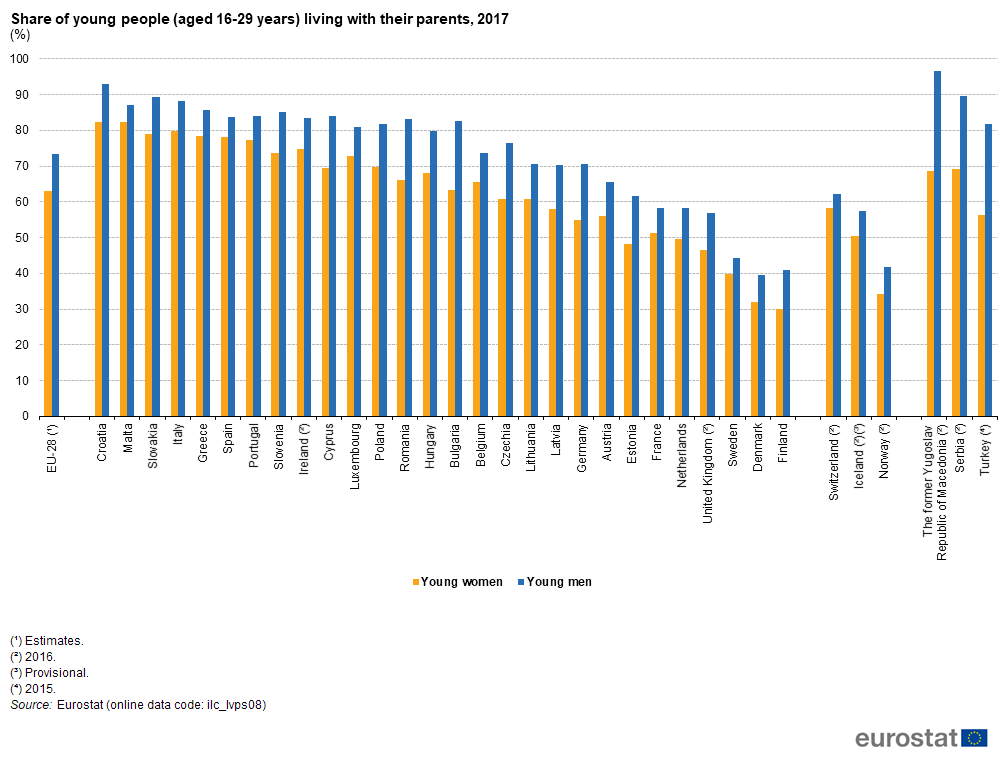 In every EU Member State, the proportion of young women living in the parental home was lower than that of young men. The largest gender gaps were observed in Bulgaria (19.3 percentage points (pp) and Romania (17.2 pp), while the lowest were recorded in Spain (5.7 pp), Sweden (4.7 pp) and Malta (4.6 pp).