Yeri murder: Mother to be sent to Athalassa psychiatric hospital 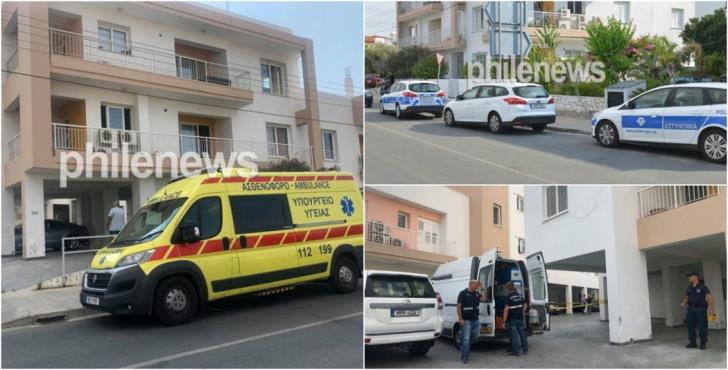 A 40 year old woman under investigation for the premeditated murder of her 12 year old son has been examined by a psychiatrist and will be taken to Athalassa psychiatric hospital for treatment, Nicosia police chief Yiannakis Charalambous told CyBC radio on Friday.

The woman, who is from Kazakhstan, is suspected of killing her son with a knife and then attempting to kill herself in their second floor apartment in Yeri on Thursday.

She was found by her husband, a 52 year old Greek Cypriot policeman and stepfather of the child, who called the fire services to help him access his home when he was unable to unlock his door.

The woman underwent surgery at Nicosia Hospital yesterday and is reported to be in stable condition.

She has already been examined by a psychiatrist and will be sent to Athalassa psychiatric hospital later today by court order for treatment.

“After she is treated, the case is expected to move forward in court,” Charalambous said.

The 12 year old boy was found dead in his bed with fatal injuries to his throat.

Education Ministry psychologists are at the child’s primary school in Yeri today to provide support to children and their parents.

Police said yesterday they are investigating a case of premeditated murder.

“From initial inquiries it appears that the mother is involved,” he said. ”

By In Cyprus
Previous articleThree main challenges for banks in Cyprus
Next articleEast Med should be among areas of possible EU naval deployment, Defence Minister says