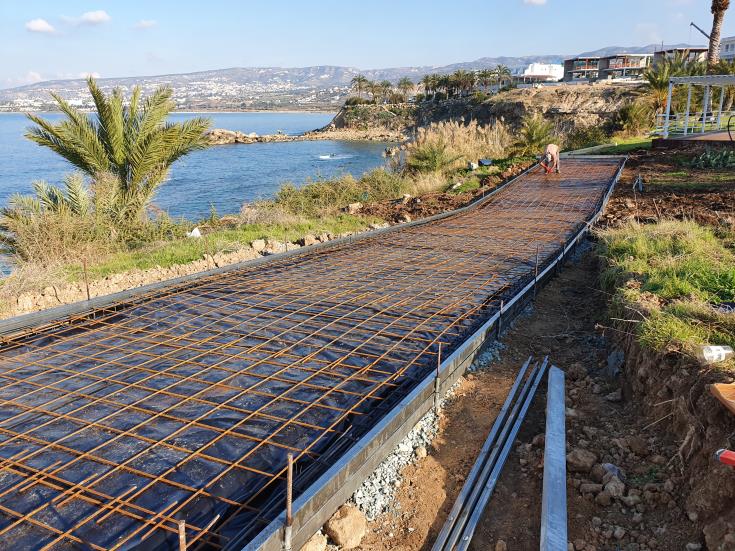 Work has started on the construction of a coastal footpath at Kissonerga which is expected to be completed at the end of April, the Cyprus News Agency reported citing an announcement by the Kissonerga Community Council.

It said that the project will be financed from reserves and a special fund that was set up for the project.

Community leader Yiorgos Stylianou said that the contracts have been signed for the immediate launch of construction.

The first phase of the project will cost around €300,000. The 2 km footpath will link all the hotels in the Kissonerga tourist area and has been designed to blend with the environment and developments in the area, the news agency added.

Initially the project, when completed. was budgeted at €3m but the Council made significant cuts so that it could be affordable.