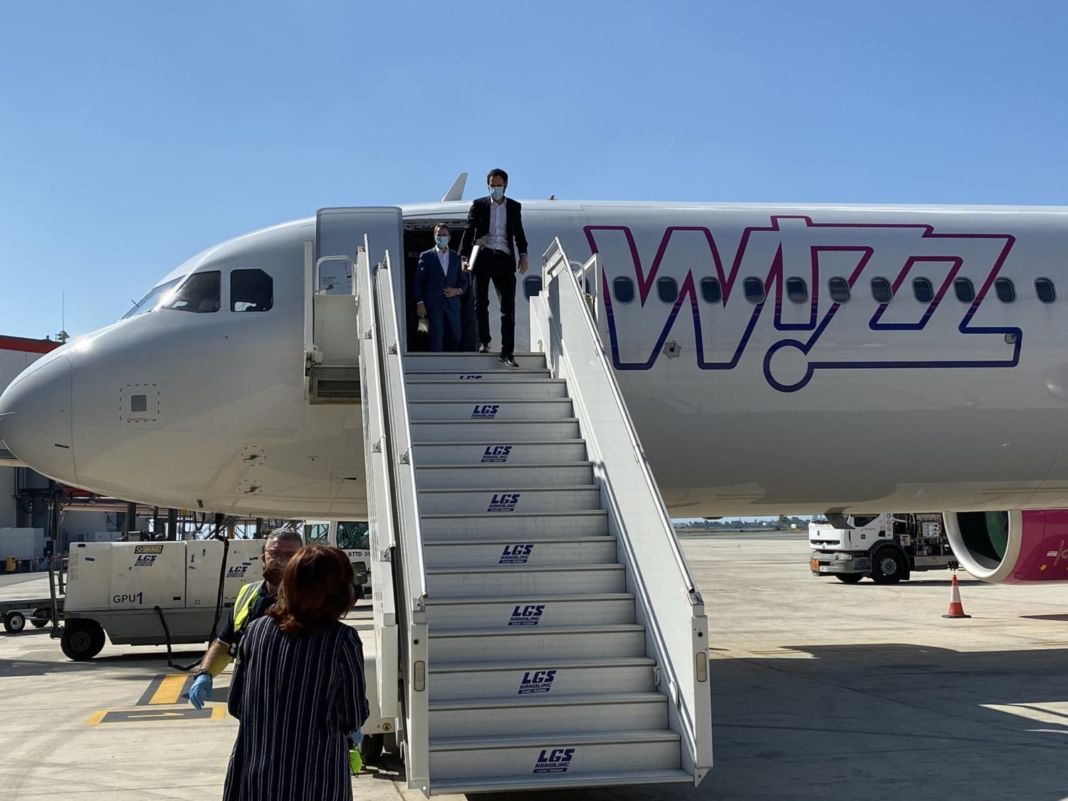 Hungarian airline Wizz Air announced on Thursday at a press conference at Larnaca airport in the presence of Transport Minister Yiannis Karousos and Deputy Tourism Minister Savvas Perdios that it has made Cyprus its 28th permanent base.

“We are here to stay,” the airline’s CEO József Váradi told reporters. Transport Minister Yiannis Karousos said this is an important development for the country’s current attempt to shore up the tourism sector, while Deputy Tourism Minister Savvas Perdios noted that the development presents the prospect of 300,000 additional tourists being flown to Cyprus all year round as the carrier also performs flights in the winter months.

Hermes Airports took to Twitter this morning to announce the news:

“Today we announce the 28th base of Wizz Air, the largest low-cost airline in Central and Eastern Europe, at Larnaka Airport with two A320 aircraft connecting Cyprus with 11 destinations!”

* One-way price, including administration fee. One carry-on bag (max: 40x30x20cm) is included. Trolley bag and each piece of checked-in baggage is subject to additional fees. The price applies only to bookings made on wizzair.com and the WIZZ mobile app. Number of seats at indicated prices are limited.

Seats on the new routes can already be booked on wizzair.com or on the airline’s app, the company said in an official press release this morning.

“Wizz Air’s history in Cyprus dates back a decade when the first flight landed in December 2010. The airline has carried over 800 thousand passengers to and from Cyprus in 2019. Larnaca will become Wizz Air’s 28th base. As part of WIZZ’s expansion, the airline continues to increase its operations in Cyprus by 60% and becomes market leader. The base establishment in Larnaca will create over 100 new direct jobs with the airline and even more jobs in associated industries,” the company said.

Wizz Air’s announcement came shortly after Cyprus Airways said it will resume flights on June 9, first to Athens and to seven additional destinations in July.

Today we announce the 28th base of @wizzair the largest low-cost airline in Central and Eastern Europe, at Larnaka #Airport with two A320 #aircraft connecting #Cyprus with 11 destinations!👏✈️#WizzAir #LarnakaAirport #Cyprus #Connectivity pic.twitter.com/4Vegc3NtiA