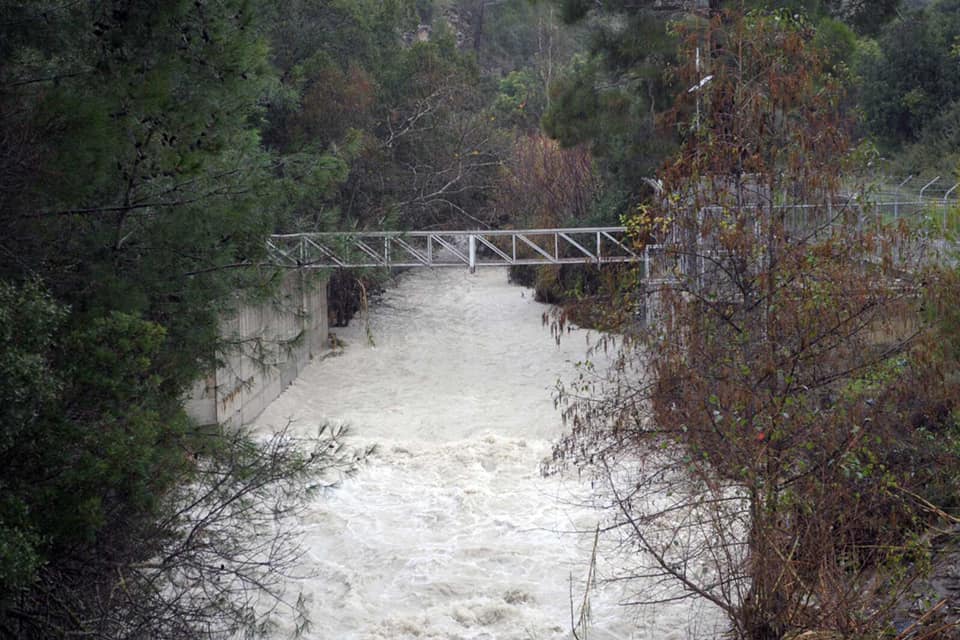 Cyprus has received more than a month’s rain in the first nine days of January, according to provisional figures issued by the Met Office on Thursday.

These show that from January 1 to January 9, the government-controlled areas have received 119% of the average rainfall for the entire month.

As regards rainfall from the start of the new hydrological year on October 1, current levels are at 138%, it added.

Dams are at 97.1% full — 12 of them, including the three largest of Kouris, Asprokremos and Evretou,  are full to capacity.  Only six dams have still to fill with Water Development Department officials saying four of these are expected to do so before the end of the month.

This leaves only two, Lefkara and Achna which are currently at 76.9% and 51.5% and which officials say will fill only if there is at least average rain in the next couple of months.

Agriculture Minister Costas Kadis who visited Kouris dam yesterday said that even though dams are close to 100% full, the government was pressing on with its plans to deal with future droughts.

“No project, no action or policy which we have announced to deal with droughts is being suspended, delayed or changed but we are pressing ahead with their implementation,” he said.