Which university subjects do students in Cyprus prefer? 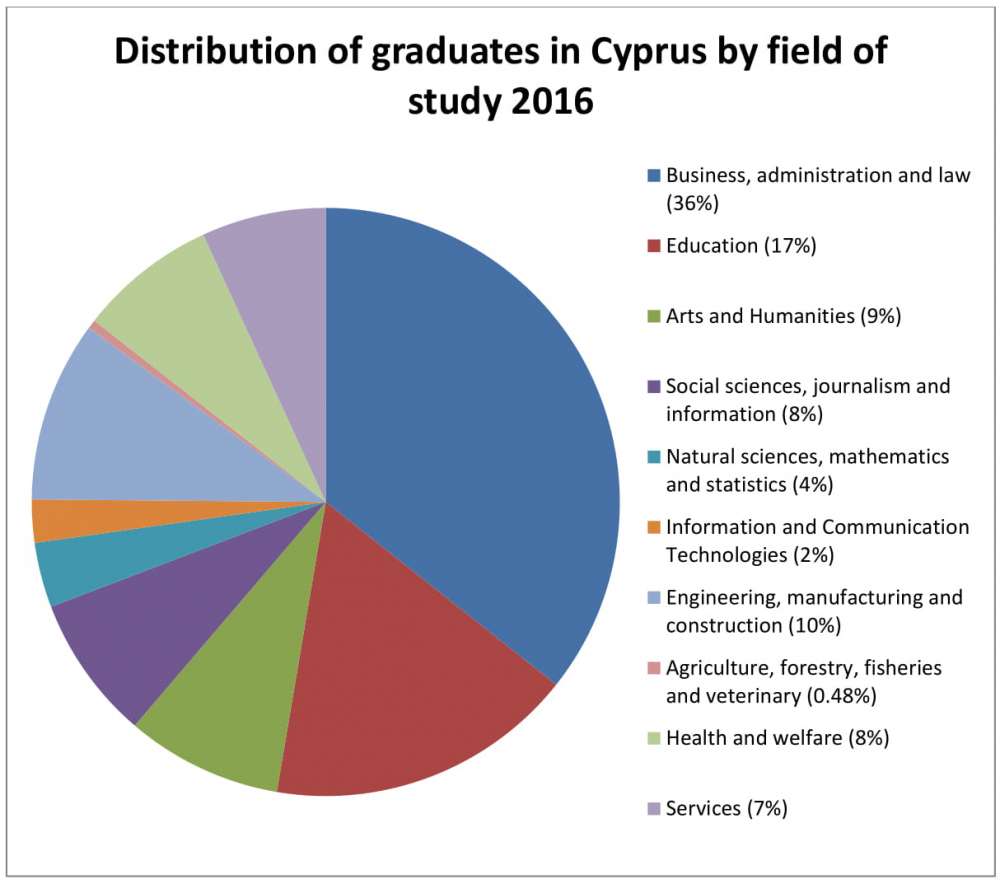 The majority of students who graduated from Cypriot tertiary education institutions in 2016 did so with business, administration and law degrees, a Eurostat survey found.

According to the Eurostat, 3,004 out of the 8,420 graduates had studied business, administration and law degrees.

The second most popular subject area for graduates of Cypriot institutions was education, with 1,431.

Engineering, manufacturing and construction-related studies were the third most popular (838), while the least popular subjects for students in Cyprus were agriculture, forestry, fisheries and veterinary studies, with just 41 such graduates.

According to Eurostat, the share of graduates in health and welfare was particularly low in Cyprus, as it was less than 8% of the total graduates surveyed. The highest share was in Finland and Denmark (both 20%), Sweden (22%) and Belgium (27%).

The share of graduates of Cypriot tertiary education institutions was also low in the natural sciences, mathematics, statistics, and ICT, at less than 7% of the total. The highest share was in Germany (14%), Ireland (15%) and the United Kingdom (17%).

According to Eurostat, Cyprus had among the highest shares of education graduates in the EU at 17%. The highest share was in Malta (18%) and the lowest in Italy (below 5%).

It is estimated that approximately 4.7 million students graduated from tertiary education establishments in the European Union (EU) in 2016.

More than one third (34%) of these students graduated in social sciences, journalism, information, business, administration or law. Other fields of study with sizeable proportions of graduates in 2016 were engineering, manufacturing and construction (15% of graduates), health and welfare (14%), arts and humanities (11%), natural sciences, mathematics, statistics and Information and Communication Technologies (ICT) (11%) and education (9%). 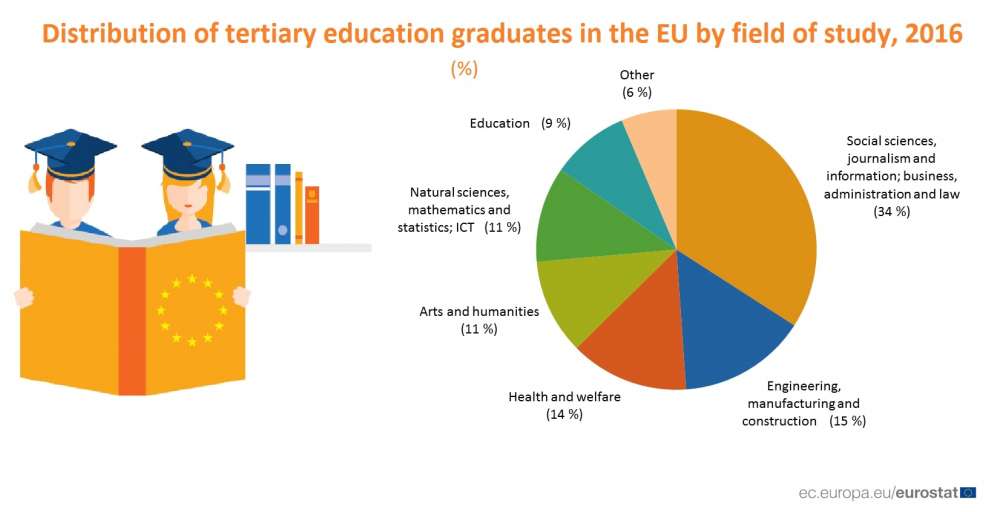 For more information on this topic, covering students, teaching staff and expenditure, take a look at the latest Statistics Explained article on tertiary education statistics.