What is World Animal Day? 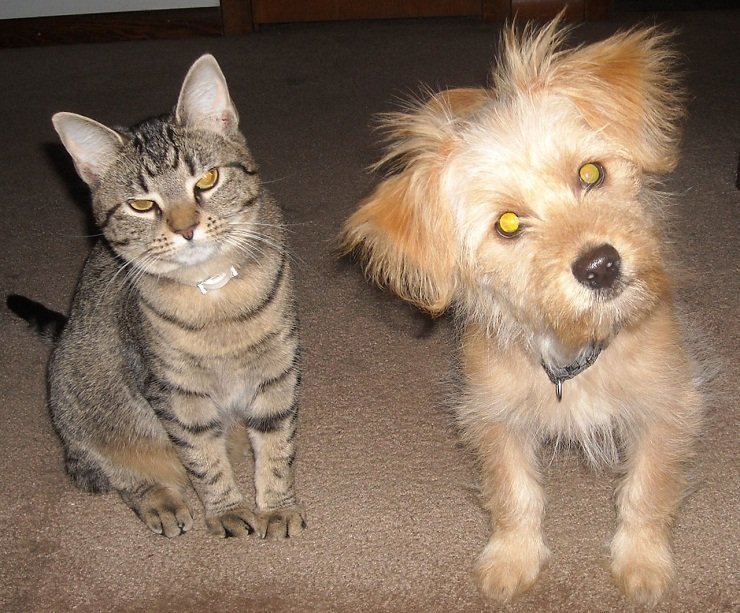 Although it is celebrated every year on October 4, World Animal Day is more social movement than a day for celebration.

It was started by Heinrich Zimmermann, the German writer and publisher of the magazine Mensch und Hund (Man and Dog). The event was originally scheduled to take place on October 4 to align with the feast day of Saint Francis of Assisi, the patron saint of animals. However, the venue was not available on that day, so the first World Animal Day was instead held on March 24 1925 at the Sport Palace in Berlin, Germany. Over 5,000 people attended this inaugural event. The event was later moved to October 4th for the first time in 1929.

Initially Zimmermann’s initiative was only followed in Germany, Austria, Switzerland and Czechoslovakia. However, he worked tirelessly on the promotion of World Animal Day and finally in May 1931 at a congress of the International Animal Protection Congress in Florence Italy, his proposal to make October 4 World Animal Day universal was unanimously accepted and adopted as a resolution.

Today, World Animal Day is a global event uniting the animal protection movement, led and sponsored by UK-based animal welfare charity, Naturewatch Foundation since 2003. Its mission is to raise awareness around general issues affecting animals and to mobilise people around the world to support change at the business, social, and political levels. This celebration starts from the premise that we are stronger as a group to face animal issues around the globe.

Who was Saint Francis of Assisi?

He was canonized by the Pope on July 16, 1228. He later became associated with patronage of animals and the natural environment, and it became customary for Catholic and Anglican churches to hold ceremonies blessing animals on his feast day of October 4.

Francis preached the Christian doctrine that the world was created good and beautiful by God but suffers a need for redemption because of human sin. He believed that all creatures should praise God and the people have a duty to protect and enjoy nature as both the stewards of God’s creation and as creatures ourselves. Many of the stories that surround the life of Saint Francis say that he had a great love for animals and the environment.

An incident illustrating the Saint’s humility towards nature is recounted in the “Fioretti” (“Little Flowers”), a collection of legends and folklore that sprang up after the Saint’s death. One day, while Francis was travelling with some companions, they happened upon a place in the road where birds filled the trees on either side. Francis told his companions to “wait for me while I go to preach to my sisters the birds.” The birds surrounded him, intrigued by the power of his voice, and not one of them flew away. He is often portrayed with a bird, typically in his hand.

Another legend from the Fioretti tells that in the city of Gubbio, where Francis lived for some time, was a wolf “terrifying and ferocious, who devoured men as well as animals”. Francis had compassion for the townsfolk, and so he went up into the hills to find the wolf. Soon, fear of the animal had caused all his companions to flee, though the saint pressed on. When he found the wolf, he made the sign of the cross and commanded the wolf to come to him and hurt no one. Miraculously the wolf closed his jaws and lay down at Francis’ feet.

“Brother Wolf, you do much harm in these parts and you have done great evil”, said Francis. “All these people accuse you and curse you … But brother wolf, I would like to make peace between you and the people.” Then Francis led the wolf into the town, and surrounded by startled citizens made a pact between them and the wolf. Because the wolf had “done evil out of hunger, the townsfolk were to feed the wolf regularly. In return, the wolf would no longer prey upon them or their flocks. In this manner Gubbio was freed from the menace of the predator. Francis even made a pact on behalf of the town dogs, that they would not bother the wolf again. Finally, to show the townspeople that they would not be harmed, Francis blessed the wolf.

According to Catholic tradition, Francis was the first recorded person in Christianity to receive the stigmata. Specifically, in 1224 he bore the wounds of Christ during the apparition of Seraphic angels in a religious ecstasy.

Three quarters of a millennium after his death, St Frances remains an important figure and symbol in and out of the Catholic Church. On November 29, 1979, Pope John Paul II declared Saint Francis the Patron Saint of Ecology.

During the World Environment Day 1982, John Paul II said that Saint Francis’ love and care for creation was a challenge for contemporary Catholics and a reminder “not to behave like dissident predators where nature is concerned, but to assume responsibility for it, taking all care so that everything stays healthy and integrated, so as to offer a welcoming and friendly environment even to those who succeed us.”