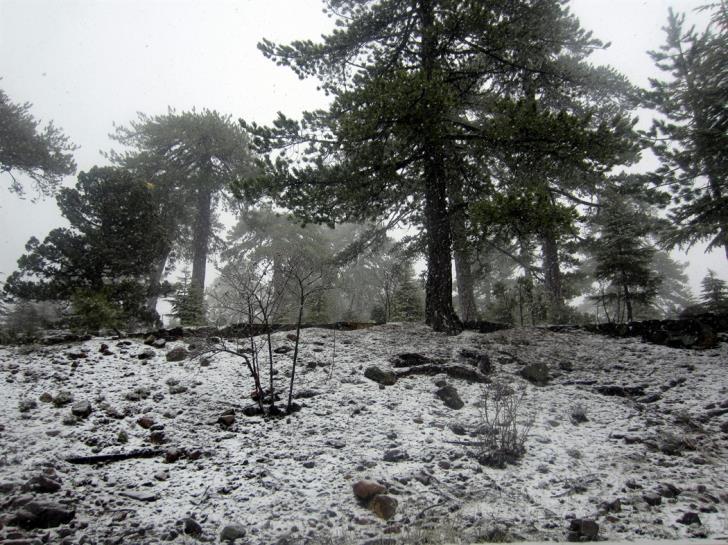 Temperatures will remain below the average for the time of year in the next two days, as a low pressure system is affecting the area.

On Sunday intervals of sunshine will alternate with increased cloud which are expected to lead to scattered showers and isolated thunderstorms on the mountains.

Monday will start off mainly fine, however increased cloud is expected after noon.

Tuesday and Wednesday intervals of sunshine will alternate with increased cloud. Temperatures are expected to rise above the average for the time of year.

Roads closed in Troodos due to snow

Police are warning that roads to Troodos are slippery because of snow and are urging drivers to be particularly careful.