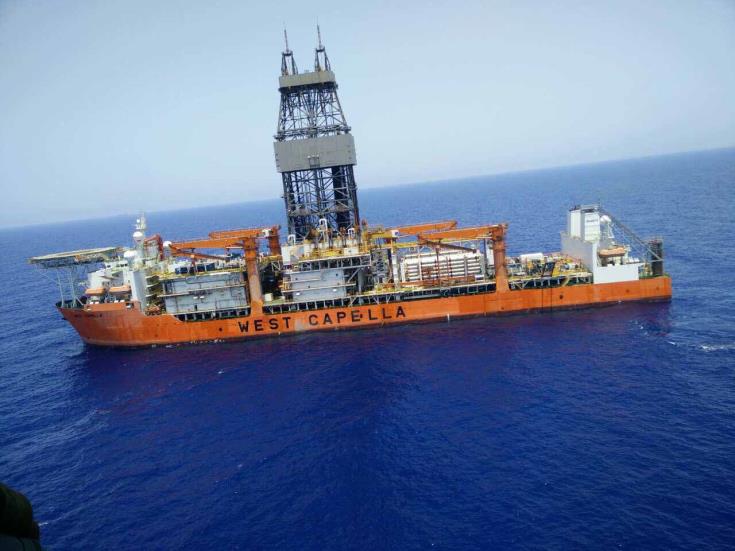 ExxonMobil, which along with Qatar Petroleum has been awarded the exploration license in block 10, will carry out two exploration wells in the fourth quarter 2018, Lakkotrypis said, speaking to the press in Larnaca.

“The procedures for Exxon to obtain the necessary licences are proceeding as planned and two wells will be carried out in Q4,” he said.

Lakkotrypis did not elaborate on the licences which the company should obtain.

“What’s important is that we progress according to our timeframe and planning,” he said, adding that shortly we will know the time for the arrival of Exxon’s drilling vessel.

Invited to comment on reports by the “Philelefteros” daily that US planes will discretely monitor the drilling, Lakkotrypis said “we take all necessary measures so that the two drillings proceed without any unforeseen developments.”

“That is why you see that we are diplomatically more active as the time for these drillings is getting closer,” he added.

Replying to a question whether developments in the field of energy will affect a possible new round of talks for Cyprus, Lakkotrypis said these two issues should not be linked.

“We continue with our plans, which cannot change because they are included in contractual obligations and, as the President of the Republic has said a few days ago, under no circumstances developments in the Cyprus problem should affect our energy programme.”

Replying to a question on a possible new licensing round, the Cypriot Minister said a new round cannot be overruled at a certain time, adding there are always some thoughts depending on the developments.

He recalled that Cyprus’ third licensing round was launched following the discovery of the giant Zhor gas field in the Egyptian EEZ.

So far Cyprus has carried out three licensing rounds awarding exploration licences for eight of its offshore blocks.

Turkey, which invaded Cyprus in July 1974 and occupies 37% of its territory ever since, does not recognize the Republic of Cyprus’ EEZ and claims that the island’s resources also belong to the Turkish Cypriots who in 1983 declared illegally and unilaterally the so-called Turkish Republic of Northern Cyprus, a “state” recognized only by Turkey.

By In Cyprus
Previous articleUpdate 2: Letymbou fire under control
Next articleBrits reject May’s Brexit plan, some turn to Boris and far right