We strive for a similar day to come for Cyprus, FM says on German Unity Day 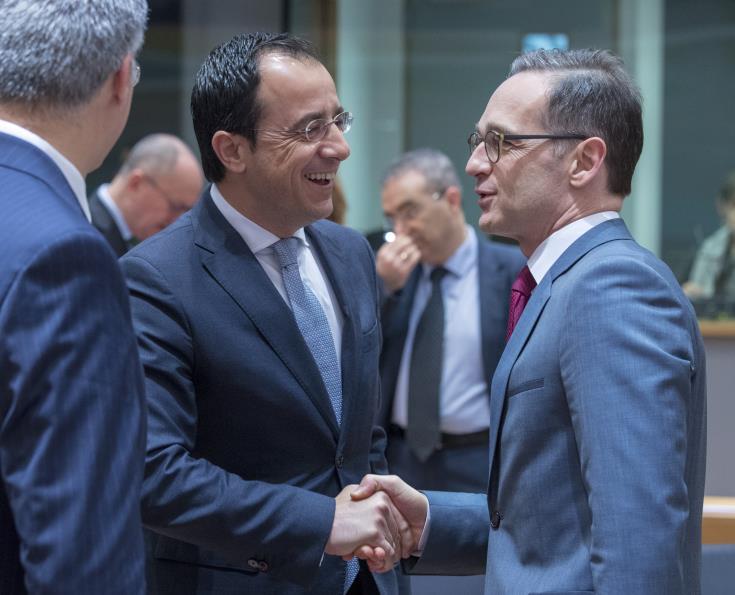 Commemorating the German Unity Day, we, in Cyprus, hope and strive for a similar day to come, Foreign Minister Nicos Christodoulides said on Wednesday evening speaking during an event organised by the German Embassy in Nicosia to mark the German reunification day.

Christodoulides said that “we are convinced that the effects from reuniting Cyprus will heal the wounds of the past and create multifaceted benefits for all Cypriots. In a region where the challenges of asymmetric threats are real and in which stability should not be considered as granted, a viable and durable solution to the Cyprus problem which will reunite the island, its people, its economy will resonate, not only within the country and in the immediate region, but even further afield,” he noted.

He went on to say that “we trust that the Federal Republic of Germany and the German people understand this concept more than any anyone else and we appreciate their solidarity and their solid support to our ongoing efforts to reunite our country.”

The Foreign Minister thanked Germany “for its principled position and support to our efforts to reach a viable and comprehensive settlement of the Cyprus problem, that will end the ongoing Turkish occupation, restore and safeguard the human rights and fundamental freedoms of all Cypriots.”

He noted that this celebration “is an opportunity to reaffirm the excellent level of bilateral relations between Cyprus and Germany,” noting that “our countries and people share a long history of friendly relations. Over the years, we have established a concrete and close cooperation in various fields, reflected at the political and economic levels of interaction, but also through people-to-people contacts. This partnership is deep and is growing ever stronger, based on a long-standing cooperation, mutual respect and our common values,” Christodoulides stressed.

He noted that “as close partners in the European Union, our countries have developed an excellent level of cooperation in an effort to achieve our common goals, derived by our common European agenda. Let me assure you of my commitment to work constructively with my German counterpart also at the EU level, in order to deal with the multitude of challenges our common European family is faced with, so as to achieve a stronger and more coherent Union.”

“As I had recently mentioned to my dear colleague Heiko Maas, during my official visit in Berlin, we stand ready to further explore much needed opportunities in all areas of cooperation,” Christodoulides said and assured of the Cyprus government’s “strong commitment to further enhance our cooperation to the mutual benefit of our countries and our people.”