We are at a turning point in the history of technology, Director of KIOS Centre of Excellence tells CNA 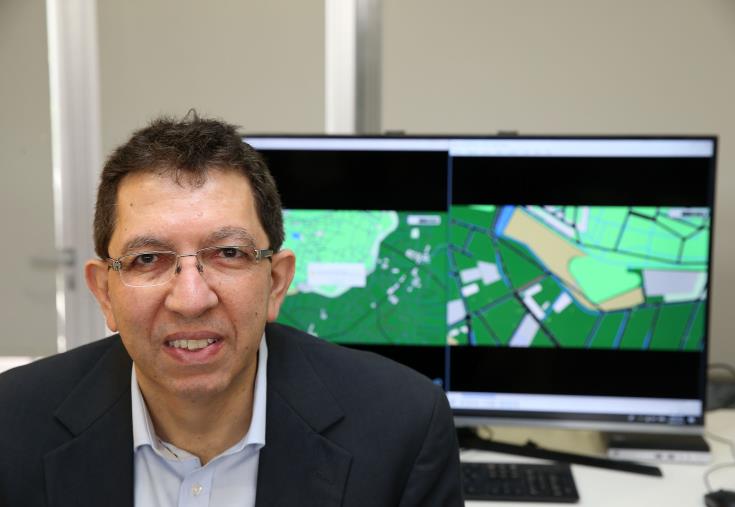 “We are at a turning point in the history of technology,” Marios Polycarpou, Professor of Electrical and Computer Engineering and Director of the KIOS Research and Innovation Centre of Excellence (KIOS CoE) at the University of Cyprus, has told CNA.

In an interview with the Cyprus News Agency, Polycarpou said that soon, any electronic device we buy will be able to connect to the internet and receive and provide information to users and other devices.

Pointing out that the KIOS CoE provides an ideal environment, full of incentives and challenges for state-of-the-art research in the field of information and communication technologies, he said that its highest priority is to ensure good and proper use of technology.

Polycarpou said that the Research Centre was established in 2008 and was subsequently selected by the EU to advance into a Research and Innovation Centre of Excellence in 2017.

In collaboration with the Imperial College London, KIOS has succeeded in securing funding of more than 40 million euros for the period of 2017-2022, which is the highest and most competitive funding to be secured for research and innovation in Cyprus which will be implemented as part of the EU’s strategic Horizon 2020 program for “Spreading Excellence and Widening Participation – Teaming”.

The KIOS CoE is the largest research and innovation centre in Cyprus on Information and Communication Technologies (ICT) with an emphasis on monitoring, control, management and security of critical infrastructures such as electric power systems, water distribution networks, telecommunication networks, and transportation systems. The goal of the Centre is to conduct outstanding interdisciplinary research and innovation and produce new knowledge and tools that can be applied to solve real-life problems.

The Centre collaborates with an extended network of national and international academic, industrial, and governmental organizations to assure that its research has maximal applicability and impact.

As regards its name, in ancient Greek mythology KIOS, «Κοίος», was the son of Uranos (Sky) and Gaia (Earth). He was the Titan of “questioning intelligence” and the brother of Phoebe, the goddess of “answering intelligence.” The two completed one another and acted as the centre of all knowledge.

Polycarpou told CNA that since its establishment, KIOS has managed to secure over 70 research programmes, all with competitive procedures, and provide employment opportunities to more than 200 young researchers.

Noting that intelligent systems will greatly influence the way we live and work, he said that ‘we are at a turning point in the history of technology, where we develop methods of monitoring everything with sensors and cameras that can be connected to the internet, from where big data is transferred.”

This infrastructure, he added, is called Internet-of-Things and is growing rapidly.

Polycarpou told CNA that soon any electronic device we buy will be able to connect to the Internet and receive and provide information to users and other devices.

He noted that the challenge is to make use of the Internet-of-Things and the data that will be produced so as to make smart real-time decisions for more efficient and reliable operation of the different systems.

In KIOS, he said, new techniques are being developed to exploit these data to produce new knowledge that improves the operation of infrastructures of vital importance.

He added that KIOS creates an ecosystem of research and innovation in the field of Information Technology and Communications, which aims to connect universities, technology companies, governmental organisations, as well as companies promoting entrepreneurship.

“This cooperation network already brings new employment opportunities, as well as new ideas for economic growth in Cyprus. The KIOS Centre of Excellence currently employs about 100 people and it is expected that by 2022 this figure will increase to 150-200 researchers,’ Polycarpou said.

If the work of those researchers is properly applied, it has the potential to bring significant benefits to Cyprus, new methods of monitoring, controlling, and securing vital infrastructure, he went on to say.

In addition, he said that the Centre has created an Innovation Hub (KIOS Innovation Hub), in the framework of which it has begun working closely with various organisations in Cyprus to transfer know-how, exploit research results as well as opportunities presented by participating in research programmes to improve the performance and operation of Cyprus infrastructure.

He added that a number of organisations have joined the KIOS innovation Hub and are enjoying the benefits of cooperation, and we expect that these partnerships will grow in the future.

Asked about artificial intelligence (AI), he said that developments in this field create tremendous prospects of improving health, everyday life and lifestyle, transport and the environment.

‘Certainly, the professions we have now are different than those that existed 100 or 200 years ago. But the significant difference is that the pace of technological development has increased significantly, and I believe it will continue to grow’ he said.

Polycarpou added that technology is already transforming our world, and artificial intelligence is just a tool with many capabilities.

“What we must ensure is the good and proper use of technology, and in KIOS this is our highest priority,” he concluded.