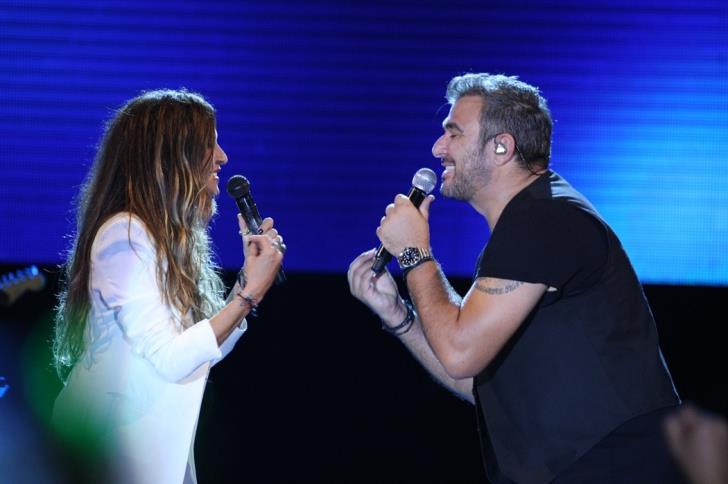 Anna Vissi and Antonis Remos will join a concert to be held in Nicosia on Tuesday as part of an all-day fund raising initiative to raise funds for the victims of Greece’s devastating fires.

#StandByGreece is being organised by Cypriot mass media and will feature a radio marathon from 6.00 am and the concert in Nicosia’s municipal gardens.

It is being held under the auspices of the Volunteer Commissioner  and the funds raised will go towards a children’s  facility in fire-stricken Attiki.

It brings together mass media companies, banks, NGOs, companies and individuals . The Radiomarathon will be held from the studios of CyBC’s Trito programme  starting from 6.00 am with TV presenters,  radio producers and actors joining forces to raise funds.

Contributions can also be made from Tuesday to Friday, August 3, at Hellenic Bank and Bank of Cyprus branches.

The concert will be held  in the gardens next to the House of Representatives in Nicosia from 5.00 pm to 111.00 pm. Besides Vissi and Remos, a number of Cypriot bands will also be participating  free of charge. Admission is free but coupons of  €1, €2, €3 can be purchased on site to buy food and drink. All proceeds will go to Hope for Children.

The NGO will also be accepting donations on site. It is already in consultation with Greek authorities  so that the money collected can go to a specific project to rebuild public facilities for children in the fire-affected area.