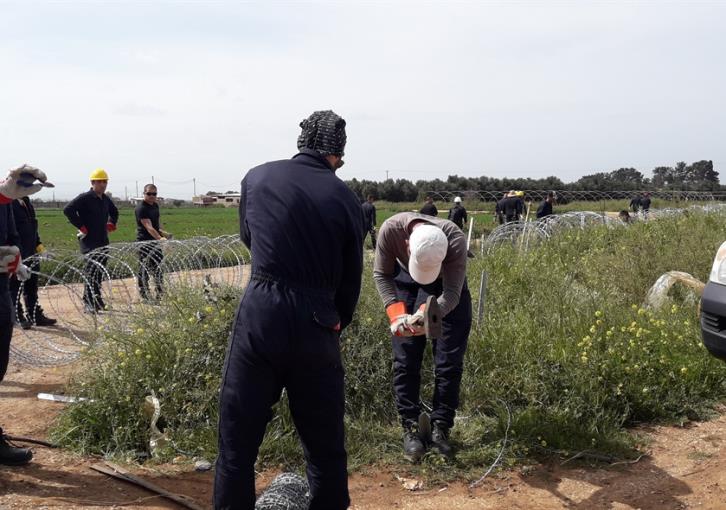 The visit to the roads of the smugglers, of the illegal migrants, and of the Greek Cypriot farmers was very interesting. There are also approximately 10 houses belonging to Greek Cypriots as well as one that is being built just 800-1000 meters from the barbed wire. The buffer zone is definitely not a place for a walk and the certain thing is that people can get in and out without any problem. Even when the barbed wire that the government is planning to put is placed, it is doubtful whether it will prevent people from getting there. We see the point from where smugglers were getting cartons of cigarettes and then the areas that Greek Cypriots are cultivating. We also saw the crew that were placing the barbed wire. The common view is that the barbed wire is useless and will soon be destroyed either by the farmers themselves or the foreigners who will want to get into the government-controlled areas.

By gavriella
Previous articleOver 1,200 British couples to fly to Cyprus for civil wedding ceremonies after May 1
Next articleHealth Minister announces some relaxations for Green Monday