Violating sovereign rights of Greece and Cyprus will have consequences, Greek PM says 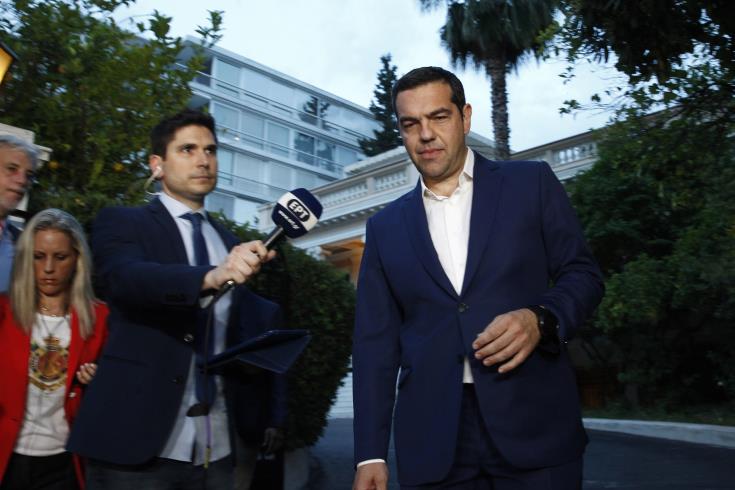 Any country violating the sovereign rights of Greece and of the Republic of Cyprus, as well as international law in the region, ought to be aware that it will face consequences, Greek Prime Minister Alexis Tsipras stated in Athens after a meeting of the Governmental Council for Foreign Affairs and Defence (KYSEA).

Tsipras underlined that Turkish illegal actions in Cyprus΄ΕΕΖare not a sign of power, but rather an indication of weakness. He assured Greek citizens that they are completely safe, while noting Greece’s upgraded diplomatic position, through its international alliances.

The Greek Premier also referred to a telephone conversation he had with the President of the Republic of Cyprus Nicos Anastasiades, earlier on Sunday, during which the two sides agreed to closely coordinate their next diplomatic steps.

“We agreed to prepare the ground, in order to ensure that the European Council, due next week, will take all appropriate decisions, and even sanctions against Turkey, if it is confirmed that [Ankara] moved forward with its drilling” in Cyprus’ EEZ, Tsipras said.