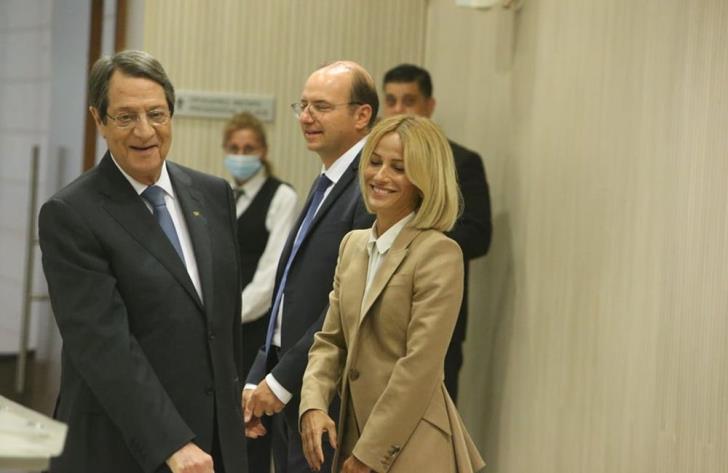 An infuriated Yiolitis on Thursday submitted her resignation just after a year in office after consistent rumours she was due to be sacked in an imminent Cabinet reshuffle.

And in a released damning letter she made clear she was neither the alleged ‘weakest link’ in the administration nor the one tarnishing its image as told by the President on the phone.

“I entered politics without hindrances, with clean hands and stated financial ability, so that there would not be any shadows of cronyism or corruption,” she said I her letter.

“In fact, I was probably the one who suffered, heavily no less, by accepting to participate in a government that you know well was not held in high esteem by society as regards corruption and transparency,” she added.

Yiolitis also noted that she considered it as highly offensive the lack of recognition of her work during her short presence at the ministry.

She was also highly offended from the President’s view that her presence in the cabinet hurt the government’s image and him personally since she is close friend with his two daughters.

In a brief statement shortly after the letter was released, the Presidency said only that the President accepted Yiolitis’ resignation and that her position would be temporarily filled by Defence Minister Charalambos Petrides.

The President did not even bother to thank Yiolitis for her services while in office.