Vassiliou: “Cyprus’ future is linked with the future of the EU” 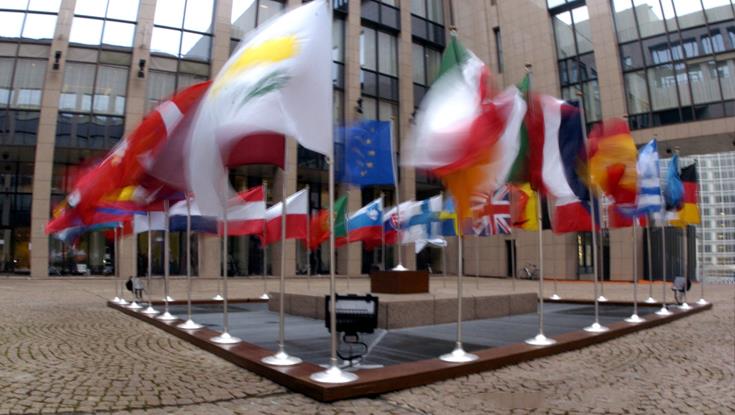 Cyprus’ future is linked with the future of the European Union, and only within the EU can the country look forward to its reunification, former President of the Republic George Vassiliou has told CNA. In an interview with the Cyprus News Agency on the completion of 14 years since Cyprus’ accession to the EU on May 1st 2004, Vassilou said that Cyprus’ accession was the most significant event since the establishment of the Republic of Cyprus in 1960, and brought a number of benefits to the island and its people.

It created, he said, a sense of security for all Cypriots and strengthened the Republic and the democratic institutions. Since joining the EU, Cyprus has received from the EU more than € 2.5 billion, technical assistance and loans through the European Stability Facility reaching € 1.5 billion, he added.

With the help of the EU, he said, many projects have been implemented, such as projects of sewerage systems, road networks and other infrastructure projects in towns and villages.

The former President of the Republic has told the CNA that EU membership led to progress in many other areas including gender equality, health and safety at the workplace, care for the elderly and raising pensions.

He also referred to higher education, saying that the EU has played a decisive role noting as examples the establishment of universities, the attraction of thousands of foreign students, the European unified examination system, as well as the participation of Cyprus in the Erasmus program.

In addition, he referred to the introduction of dozens of provisions on the protection of the environment and other EU laws and regulations.

He added that a prerequisite for the functioning federal Cyprus within the EU is the implementation throughout the whole territory of the Republic of Cyprus, of the European Acquis Communautaire, the implementation of the four fundamental freedoms, the right to property, the free movement of goods, investment and individuals which are the elements on which agreement on the reunification of Cyprus should be based.

Speaking to CNA, Vassiliou said that the solution of the Cyprus problem will not come as a gift from the European Union, stressing that “the Cypriots themselves ought to overcome the various difficulties and reach an agreement that is accepted by the Cypriot people in a country, equal member of the EU without foreign guarantees or troops.”

Noting that challenges in the recent years have created some concerns and doubts, he said that one should not forget the great achievements that have allowed Europe to exist for decades without wars, and under conditions of unprecedented standards of living for all EU citizens and rapid technological progress.

He pointed out that the EU Member States could not have competed separately on their own with the United States, China, Russia and achieve everything that has been achieved so far.

“The future of Cyprus is totally linked with the future of the EU. It is only within the framework of the EU that we can look forward to the reunification of Cyprus and the development of the Federal Republic for the benefit of all its citizens”, he concluded.

By In Cyprus
Previous article
“We might have to kill” – What was said in the court on Sunday
Next article
Egypt remains Cyprus’ powerful supporter, pledges Speaker Ali Abdel Aal