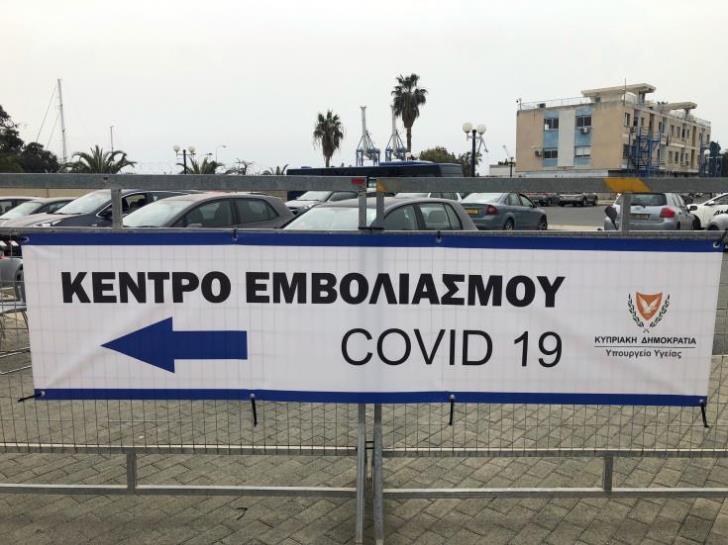 Incentives for the vaccinated and persuasion measures for those who have yet to receive the jab, make up the governments’ five pillar policy as announced last night (Friday), in the wake of a rapid surge in cases that has seen Cyprus go into the ECDC’s red zone.

The Safepass returns for large gatherings in both indoor and outdoor areas, a number of rewards are offered to unvaccinated under 30s, while free rapid tests end on August 1st, in a bid to persuade people to book vaccination appointments.

Virtually on his first day in office, new health minister Michalis Hadjipantelas said that the cabinet is calling on our youth, the future of Cyprus, ‘to consider their responsibility and move to protect themselves first and foremost, as well as their families, parents and grandparents, as well as society as a whole’.

He stressed that the goal was ‘to open the gate to our freedom, asking the youth to take the first step and book an appointment now’.
Encouraging and speeding up the vaccination programme

This pillar includes a holiday subsidy for those receiving the jab from July 15th to August 31st, with details of how this process will pan out expected by the tourism sub ministry next Monday.

A five day honorary leave will be extended to national guardsmen who have proceeded with vaccination or have booked a vaccination appointment until August 31st 2021. Soldiers who were conscripted last year as well as those who are currently enlisting are eligible for the leave.

People working in the public, semi-governmental or private sector will be able to miss work on the day of their vaccination, without being considered leave. If it concerns a two dose vaccination, they can have both days off.

The same applies to a parent or guardian of an minor, under the condition that they will accompany their child to the vaccination centre and present a copy of the minor’s vaccination card for confirmation.

Pillar two involves the health minister continuing consultations with public organisations, the private sector and businesses on working out vaccination incentives, more so for the 18-30 age group.

The next action includes stricter measures in areas of high risk large gatherings, where major clusters have been discovered through contact tracing.

As of July 9, a SafePass will be required in high risk areas both indoors and outdoors, for gatherings of more than 20 people. This might involve the workplace, bars, clubs, weddings, birthdays and graduation parties and so on. In case a PCR or rapid test negative result is referred on the SafePass, it should be valid for at least 72 hours.

From July 9th to 20th, only people who have completed their vaccination schedule or received the first jab and three weeks have elapsed are allowed into football grounds. Those with a negative 72 hour PCR test and people who have been through covid over the past 6 months, are eligible to watch football games at 50% capacity. (As of July 21st, citizens with negative PCRs will not be allowed in).

The same criteria apply for cinemas, theatres and concerts.

Pillar 4 involves an intensification of the vaccinations awareness campaign, with an emphasis on the youth, while pillar 5 calls for stricter checks that protocols are being adhered to and providing guidelines.

As of August 1st, people will need to pay for the rapid tests, excluding minors aged 12-15 and adults with serious health issues who are not allowed to vaccinate.

529 covid-19 cases were confirmed yesterday, as infections have been steadily rising since late June.