US wishes to damage relations between Moscow – Nicosia, Osadchiy says 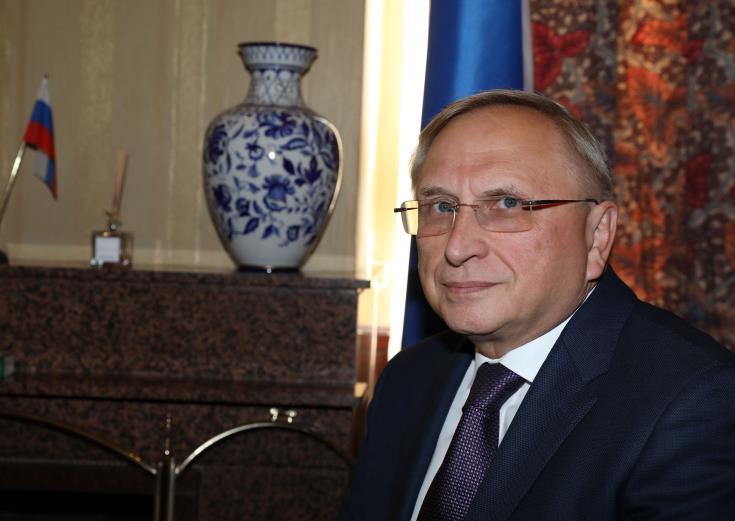 Stanislav Osadchiy Ambassador of the Russian Federation, has expressed Russia’s surprise by the statement of the US Ambassador Judith Garber regarding Russia and its role in the region, saying that the US want to damage the relations between Moscow and Nicosia.

In a comment on social media, following a press conference by Garber, Osadchiy said: “we were quite surprised by the statement of the US Ambassador in Cyprus Judith G. Garber on September 2th about the destabilising role that Russia allegedly plays in the region, particularly in Syria”.

“We believe that before criticising anyone, someone should look at themselves (first). We would like to remind that Russia, unlike the US, is legally present in Syria on an official invitation from Damascus and it was due to Russia’s help that the backbone of terrorism in that country was broken, and the appearance of a terrorist stronghold there, which would have endangered the whole Mediterranean region, was prevented”, he added.

Regarding the destabilisation of the situation in the region, he points out that it is enough to remember US’s activities in countries such as Iraq, Syria, Egypt, and Libya, adding that its aftermath was blood, chaos, unrest and an unprecedented migration crisis.

Those who say that strengthening of cooperation with the US in the region is not directed against anyone obviously underestimates the real aims of Washington, Osadchiy added.

He also said that “unfortunately, the United States who often use in its policy the principle of ‘divide and rule’, are used to being friends only for the sake of their benefit and against someone, and not for the sake of friendship itself”.

“The proof of it is their desire to damage the relations between Moscow and Nicosia by imposing their demand of denying access to Russian military ships to the ports of Cyprus”, the Russian Ambassador concluded.