US: Turkey must stop overflights over Greek territory, drilling in Cyprus waters 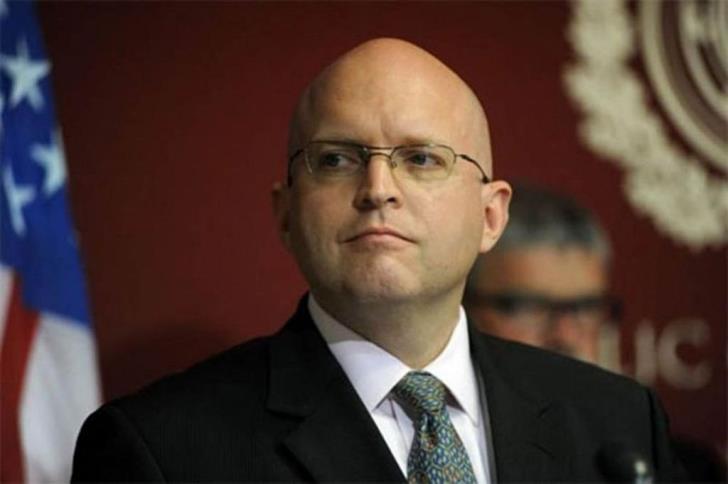 “We have repeatedly conveyed to Turkey that its overflights over Greek territory, its drilling activities in the waters of Cyprus, the signing of the memorandum on the demarcation of maritime zones with Libya, as well as its stated intention to conduct investigations into. At the base of this memorandum are provocative and unhelpful actions that increase tensions in the region,” Reeker said.

Expressing deep US concern over the latest developments in the Eastern Mediterranean, Reeker also said that the main goal of US foreign policy is to de-escalate and ensure that lines of communication remain open to support allied unity within NATO.

“The US government is deeply concerned about rising tensions in the Eastern Mediterranean, especially between Greece and Turkey, two NATO allies,” he said.

“These tensions complicate NATO’s efforts to present a common front in the face of Russia’s destabilising activities in the Eastern Mediterranean and pose the risk of an unintended escalation” he added.

While acknowledging that there are challenges facing US-Turkish relations, Reeker said Turkey remains a key ally in NATO and the United States will continue to work with it in areas of mutual interest.

“We are confident that President (Turkish Recep Tayyip) Erdogan and his senior officials understand our position,” Reeker also said before adding that the US government continues to strongly oppose the purchase of S-400s from Turkey.

The suspension of Turkey’s participation and the pending expulsion of the F-35 program in response to the purchase of S-400 signals the seriousness with which the US government is approaching this issue and our willingness to have consequences, he said.

Turkey is conducting illegal investigations to find natural gas and oil in the Greek EEZ.