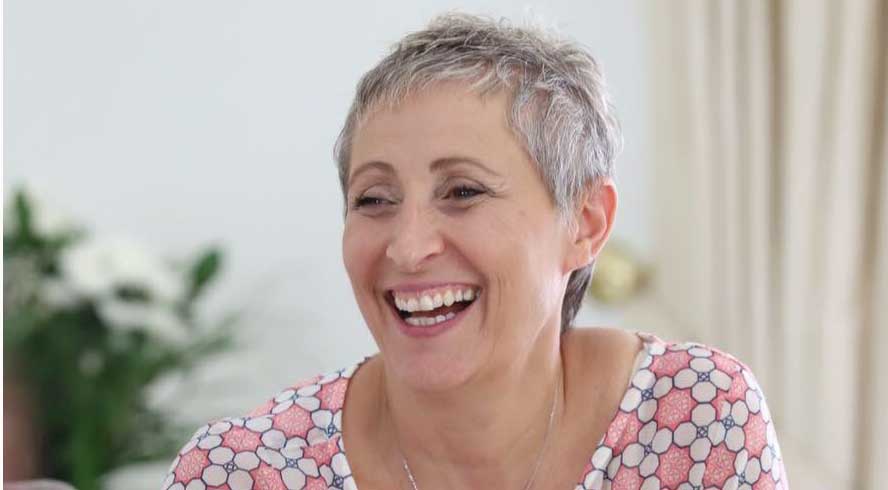 Cyprus-born Salpy Eskiodjian Weiderud is among the recipients of the US State Department Religious Freedom Awards for her work with the Religious Track of the Cyprus Peace Process which operates under the auspices of the embassy of Sweden in Nicosia.

The Religious Track of the Cyprus Peace Process under the Auspices of the Embassy of Sweden (RTCYPP) is a peacebuilding initiative with the religious leaders of Cyprus who are committed to work together for human rights, peace and reconciliation.

The Office of RTCYPP was established to encourage, facilitate and serve the religious leaders’ dialogue and efforts for religious freedom and peace in Cyprus and to contribute positively and constructively to the Cyprus peace talks.

Salpy Eskidjian Weiderud was born in Cyprus, a grandchild of Armenian refugees, the US State Department said on its website

She is an architect and facilitator of an unprecedented peacebuilding initiative in Cyprus known as the Religious Track of the Cyprus Peace Process, which operates under the auspices of the Embassy of Sweden and has served as its Executive Director since 2012, it added.

Throughout her life, Salpy has fully committed herself to working with religious leaders, faith-based organisations and religious communities on issues related to freedom of religion and human rights, disarmament, conflict transformation, and peacebuilding locally, regionally, and globally, it said.

For almost 30 years, Salpy has worked with faith-based institutions in Europe and the Middle East to promote interfaith understanding.

Beginning as a student in the 1980s she worked on a variety of bicommunal civil society and women’s peace initiatives in Cyprus.

During this time, she was at the forefront of initiating and coordinating ecumenical and interfaith programs regionally and globally on religious freedom and human rights, disarmament, nonviolence, conflict transformation and peacebuilding.

She has led international ecumenical delegations to countries throughout the Middle East promoting human rights and peace. Salpy’s creativity, leadership and drive provides great hope for the future of her country, the State Department added.