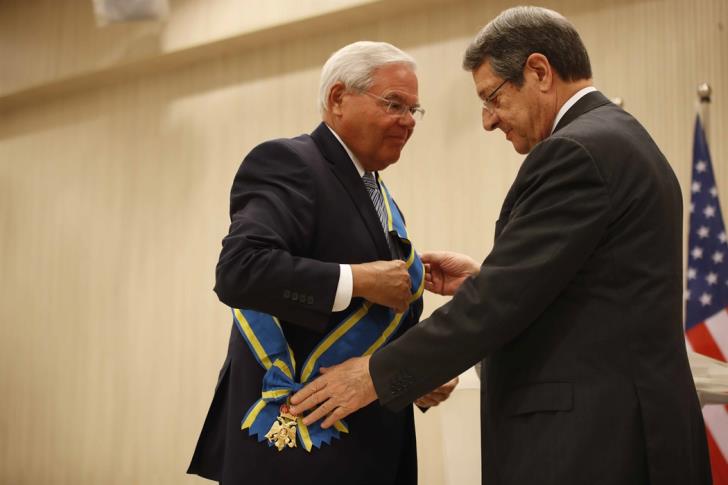 Visiting US senator Robert Menendez has called the “retrograde vision” of Turkey’s president to cement Cyprus’ division with a two-state solution as wrong.

“It is wrong, it is bad for all Cypriots and it is bad for the whole region…My goal is to see all Turkish soldiers withdraw from the island,” he added.

Menendez made the statements after getting honoured by President Nicos Anastasiades with the Grand Cross of the Order of Makarios III for his contribution to promoting human rights and democracy.

During his meeting in Nicosia, the US Senator and Anastasiades raised the issue of further developing the significantly improved Cyprus-America relations, according to CNA.

Regional and international issues of common interest, emphasizing developments in the wider region and Eastern Mediterranean, were also discussed.

Menendez flew over to Cyprus – divided since a 1974 invasion by Turkey which still maintains troops in the northern part – on Monday after talks in Athens.