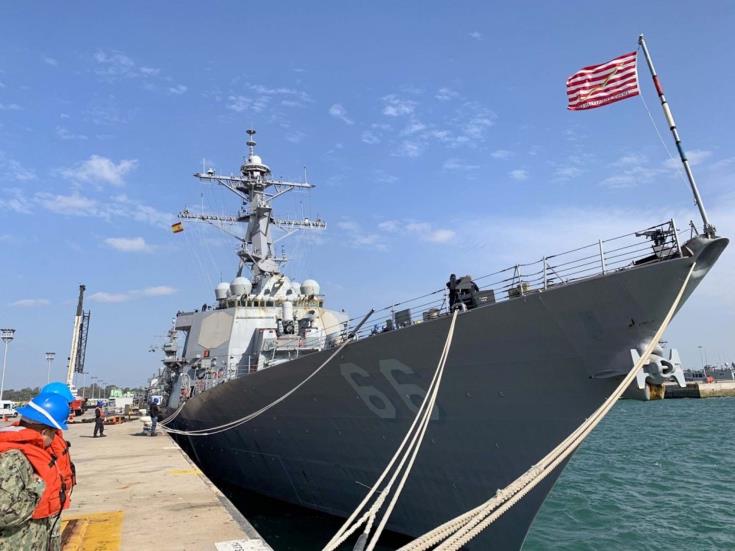 The Arleigh Burke-class guided-missile destroyer USS Gonzalez (DDG 66) arrived in Larnaca port,for a scheduled visit. It is currently deployed in support of US national security interests in the US 6th Fleet area of operations.

A press release sent by the US side to the Cyprus News Agency (CNA) in response to a question about the ship’s visit to Cyprus, said that its presence in the Mediterranean Sea is a demonstration of the United States’ continued commitment to the collective security of the region.

“The crew of Gonzalez is looking forward to furthering our country’s relationship with the nation of Cyprus, as well as experiencing culture of Larnaca” said Cmdr. Christopher Schwarz, commanding officer of Gonzalez, the press release noted.

Moreover as the press release read, “strengthening partnerships during the port visit to Larnaca builds enduring relationships and emphasizes our shared commitment to promoting security and stability within the region, while seeking opportunities to enhance our interoperability with regional partners and members of the NATO alliance.”

According to the press release, Gonzalez is currently deployed in support of US national security interests in the US 6th Fleet area of operations.

US 6th Fleet, headquartered in Naples, Italy, conducts the full spectrum of joint and naval operations, often in concert with ally and interagence partners, in order to advance US national interests and security and stability in Europe and Africa.

By In Cyprus
Previous articleMainly fine on Thursday, possible showers ahead over weekend
Next articleMan charged with tying dog to moving car