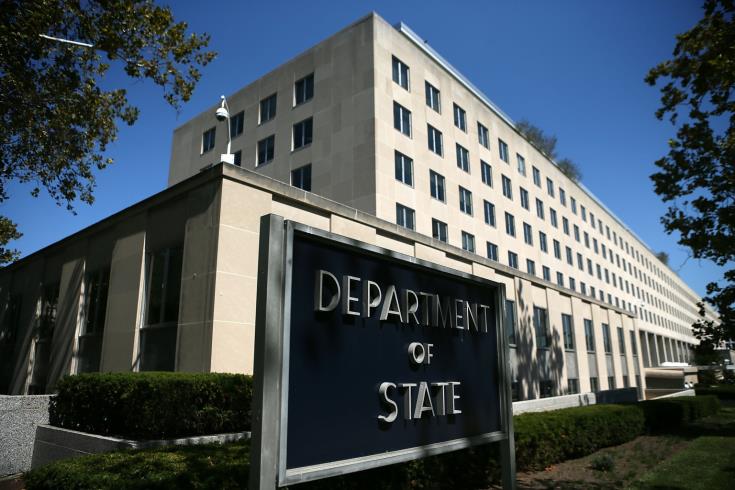 “Similarly to the Europeans, we’ve expressed deep concerns over Turkey’s assertions that it is going to continue to drill in these waters off of Cyprus” she said. Ortagus pointed to the statement released on July 9 on this issue and repeated that the US similarly shares the concern that the Europeans have displayed today.

Asked about a reference made earlier by President Trump regarding the sale of F-35 to Turkey, following the delivery of the Russian missile system S400, the State Department spokesperson said that the Secretary of State and the President are examining all of the options that are in the CAATSA legislation.

Ortagus also said that they don’t preview those sanctions in advance, but know that the Secretary is obviously reviewing and working on this with the President.

Options for sanctions “are in the process. As soon as we have an announcement to make, I’ll let you know” she added.

Ortagus  also referred to the 12 options for sanctions that are available according to CAATSA legislation and said that the Secretary and the President will make a decision based on what they’re required to do according to U.S. law. Once they have that decision, we’ll certainly inform all of you, she concluded.

By In Cyprus
Previous articleTrump says “not fair” that U.S. can’t sell F-35s to Turkey
Next articleHigh demand for student housing causes prices to spike