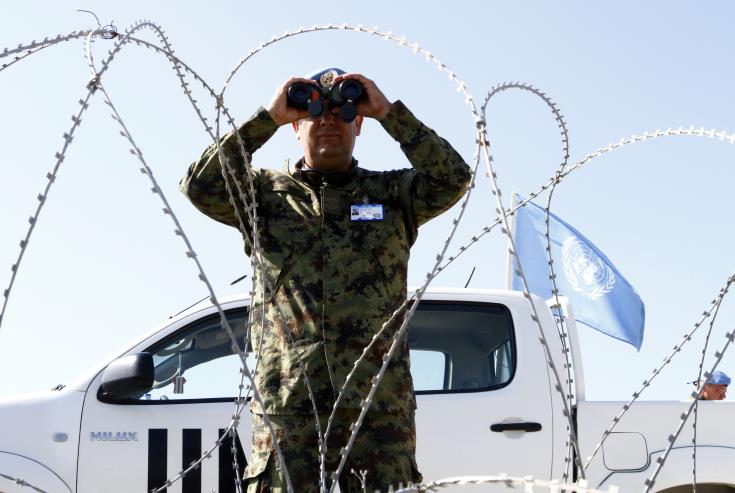 The United States is raising the stakes to the tune of almost half a billion towards its contribution to international peacekeeping operations, including UNFICYP.

The proposed State Department contribution for such operations has been increased by 472 million dollars to 1.9 billion on both the funding of peacekeeping, but also as backlogged delayed payments of 300 million, going back four years.

The 2022 US contribution to UNFICYP is set at 15 million 735 thousand dollars, a rise of 5 million 828 thousand in comparison to the current year.

In its justification, the State Department states that ‘the UN Peacekeeping Force in Cyprus will continue to maintain the necessary stability for the resumption of the UN facilitated Cyprus leadership led talks for a settlement aimed at the reunification of Cyprus in the framework of a bizonal bicommunal federation as approved by the UN Security Council’.

It is also noted that the UNFICYP mission falls within the American priorities of national security, keeping the peace in the Eastern Mediterranean and reducing the possibility of a wider regional conflict that would involve NATO allies Greece and Turkey.

The 2022 US budget on security in Cyprus, includes half a million dollars for the training of Cypriot National Guard officers through the US International Military Education Training Programme (IMET), based on the relevant legislation relevant to the Eastern Mediterranean.

The amount for Greece is one million.

By Constantinos Tsintas
Previous article
Covid fines down to 22 in reduced checks, no violations in Limassol
Next article
All Yiannaki documents under scrutiny, Youth Organisation look into possible dismissal