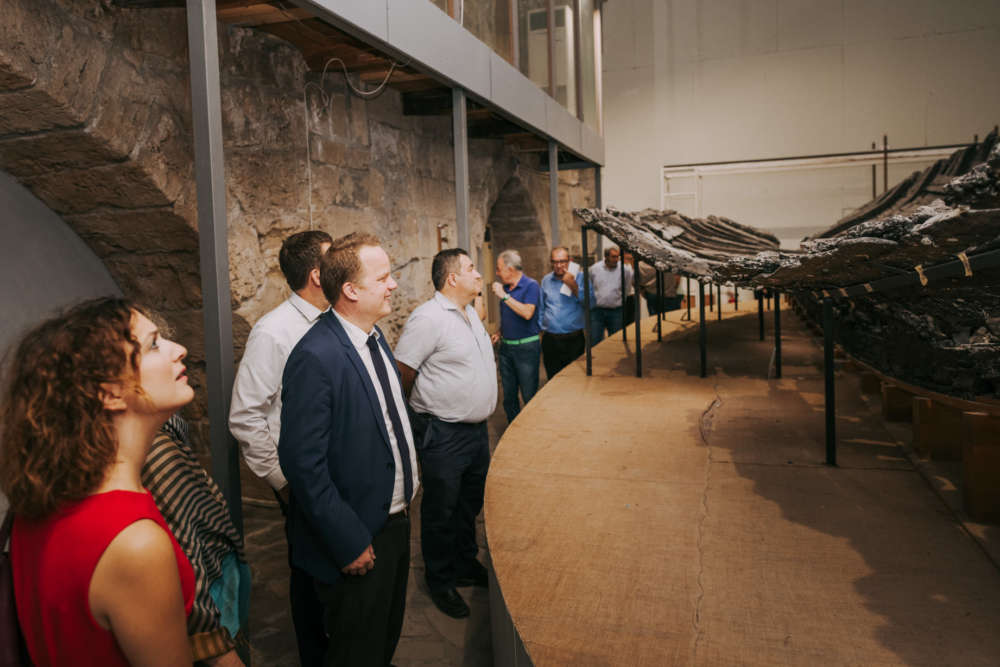 Work of the Kyrenia Shipwreck Gallery at Kyrenia Castle have been completed and a commemorative plaque unveiled.

Taking part at the event earlier this month were  Renaud Henoumont, deputy head of the support unit for Cyprus at the Commission, the co-chairmen of the technical committee Takis Hadjigeorgiou and Ali Tuncay, the senior programme director and head of UNDP  Tiziana Zenaro and experts who worked on the project.

Laina Swiny and Robin Piercy, who were involved in discovering and conserving the Shipwreck, addressed the event via a video conference.

The upgrade work started in April and ended in August and included repairs to the outer walls, new wooden doors and insulation and other work to reduce humidity.

The  wreck of the 4th century BC  Greek merchant ship was discovered in 1965 by Andreas Cariolou and excavated in 1968 and 1969.