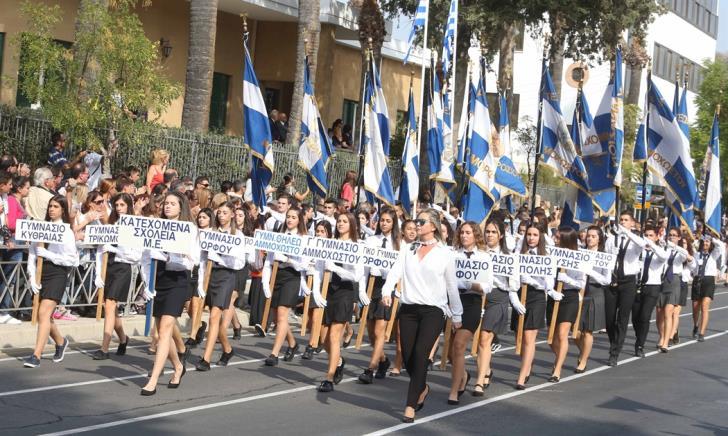 The Education Ministry on Monday cancelled the October 28 ‘Ochi Day’ school parades in all the towns at the recommendation of the Met Office.

In an announcement,  it said that the parades were being cancelled for safety reasons and following the recommendation of the Met Office.

But about 60 minutes later, Paphos Municipality said that the parade in the town — where the is the weather is fine — will go ahead as planned.

Earlier on Monday, the Met Office had issued a yellow alert warning of thunderstorms, heavy rain and possible hail.

The alert is in force until 5 pm.

The October 28 celebrations commemorate the refusal by Greek Prime Minister Ioannis Metaxas to accept an ultimatum by Italy’s Benito Mussolini on October  28, 1940 — effectively signalling Greece’s entry into World War ll on the side of the Allies.