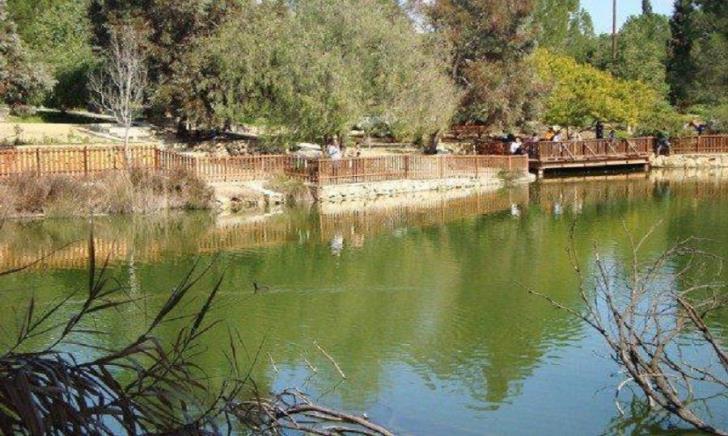 In a press release published via the Cyprus News Agency, the Cyprus Greens have announced that an oil slick was spotted in the lake of Agios Georgios Park in Athalassa on Sunday afternoon.

The announcement says that members of the Department of Fisheries and Marine Research and the Forestry Department are expected to clean the lake on Monday.

The lake at Athalassa National Park is home to many fish, turtles and birds attracting thousands of visitors each year, most of whom are children.

The party calls on competent authorities to locate the source of the pollution and take appropriate measures.

Party president Yiorgos Perdikis visited the location on Sunday and told reporters “authorities should find the persons responsible and investigate possible repercussions on fish and birdlife in the area.”

“This is evidenced by the fact that no fish or bird deaths have been observed, while any oil spills have now ceased.

“Any oil residue is expected to evaporate within the day due to its small amount.

“It is not possible to gather and remove existing residue due to its small amount, its degradation, and dispersal.

“The Department of Fisheries and Marine Research has provided the Department of Forestry with the appropriate equipment so that it can effectively stop and cope with any ongoing stream of lake contamination that may occur,” the announcement concluded.