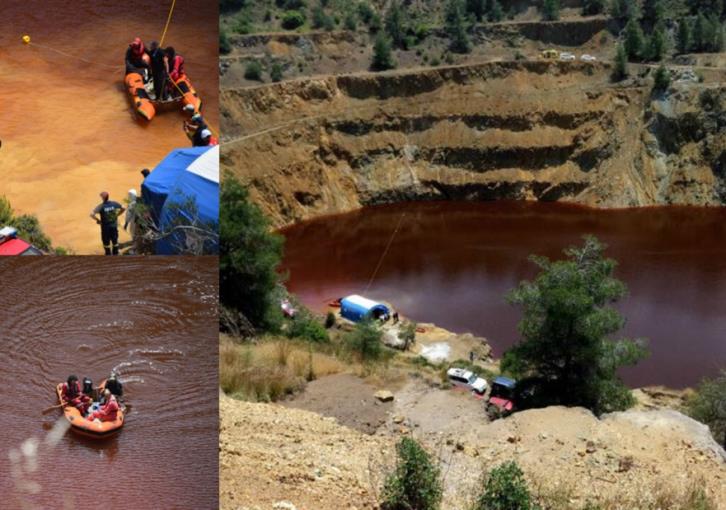 Authorities on Monday resumed a search at two locations for the bodies of three murder victims,  using divers and a robotic camera to comb the depth of two lakes.

A 35 Greek Cypriot army officer is in police custody in connection with the murder of five women and two children. Police say he has confessed to the murders and indicated where he threw the bodies.

Four bodies have been recovered so far — two in an abandoned mine shaft at Mitsero, one in a dry well at a firing range in Orounta and the fourth in Kokkini Limni — an acidic lake near Mitsero.

The fourth body — of an adult woman that has been put in a suitcase with a cement block — was recovered from Kokkini Limni yesterday, and a post-mortem is to be held today.

A robotic camera has also detected a second suitcase at the same lake, and divers are expected to recover it today.

The robotic camera is also being used to find a third suitcase in the same lake after the suspect told police he threw the bodies of Livia Florentina Bunea, her eight year daughter Elena Natalia and Maricar Valdez Arquiola in the lake.

Fire chief Marcos Trangolas told reporters at Xyliatou lake that the search will continue as long as light and visibility at the lake permit. “We are at the day when the search of a critical area will be completed,” he said. At Mitsero, Trangolas said he hoped that visibility will allow the search to continue, noting that the recovery of the first suitcase on Sunday had stirred the water and mud, rendering visibility zero.

Preparations have been made through the Cypriot company Brasal to bring sonar equipment to Cyprus on Friday so as to comb the deepest areas of the two lakes in detail, he added. 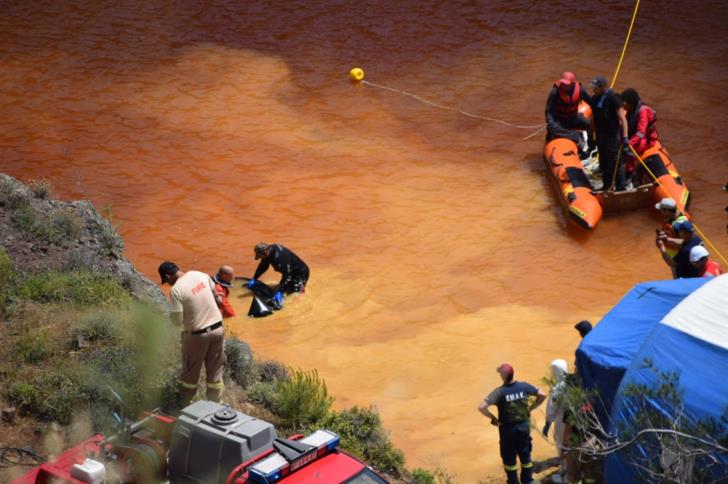 Meanwhile, divers are searching another lake at Xyliatou where the suspect said he had thrown the body of six year old Sierra, daughter of Marry Rose Tiburcio whose body was discovered in the abandoned mine shaft on April 14 after it was spotted by two tourists taking photographs.

Another body found in the mine shaft is believed to belong to Arian Palanas Lozano  from the Philippines, but the results of DNA tests are still expected for final confirmation.

The body found in the well is believed to belong to a woman from Nepal. Although the suspect has given police a name, her identity has still not been confirmed.