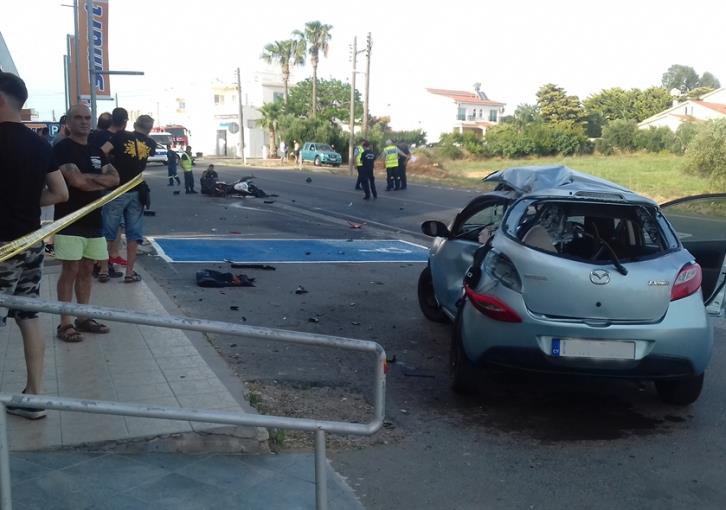 A 32 year old biker was killed in a collision in Paralimni on Sunday afternoon, the third road fatality this weekend.

The collision occurred a little before 5.30 pm on the Sotira-Paralimni road when the 55 year old driver of a car attempted a right turn near the Post Office, cutting off the biker who was coming in the opposite direction.

The 32 year old biker was taken to Paralimni Hospital where doctors pronounced him dead.

The driver of the car was injured and has been hospitalised.  The car was completely destroyed. 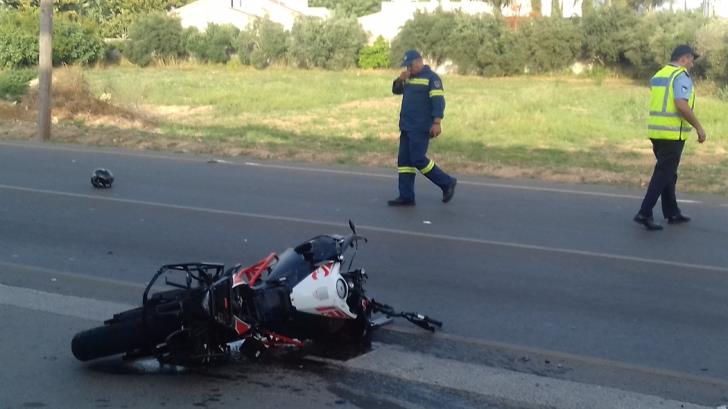 This is the third road fatality in Cyprus this weekend. A 19 year old Latvian permanent resident of Cyprus was killed when he lost control of his bike in Limassol a little after midnight on Sunday.

And on Saturday afternoon a woman sustained fatal injuries when her car collided with a double cabin pick up in Paphos.

By In Cyprus
Previous article‘Trump Baby’ blimp to fly in London for U.S. president’s visit
Next articleU.S. regulators say some Boeing 737 MAX planes may have faulty parts