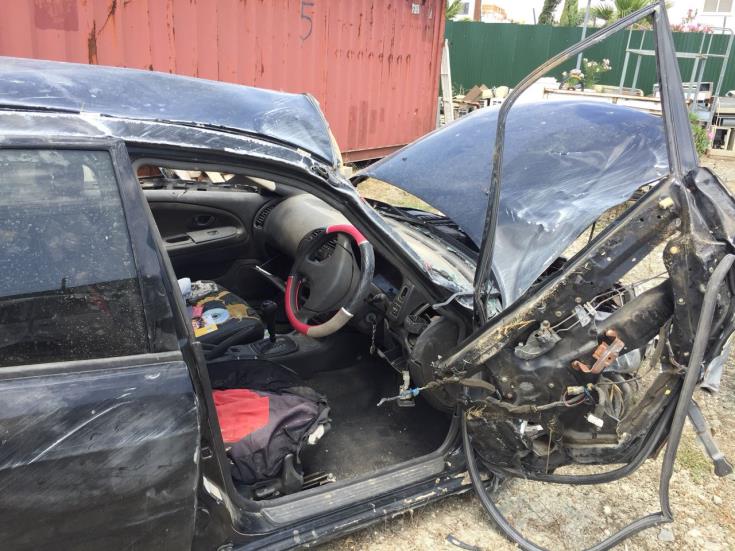 Two people have been hospitalised, one in critical condition, after a car overturned several time times before going off a 5 metre cliff at Livadhia, Larnaca at 6.00 am on Monday.

The driver, aged 20, was taken to Larnaca hospital with serious injuries. The front-seat passenger is in critical condition and was rushed to Nicosia hospital where he is in intensive care.

Police said that the driver appeared to have lost control of his car which went off the road, overturned several times and fell down a cliff. The fire brigade was called to free  the trapped driver and passenger.

Police have taken blood samples to determine whether the driver was driving under the influence. Police are also investigating whether the two were wearing their seat belts as well as the circumstances of the accident.

By In Cyprus
Previous article
Pancyprian Peace March sends message of peace to Cyprus and the world
Next article
Some respite from heat, scattered showers and possible storms through to Thursday