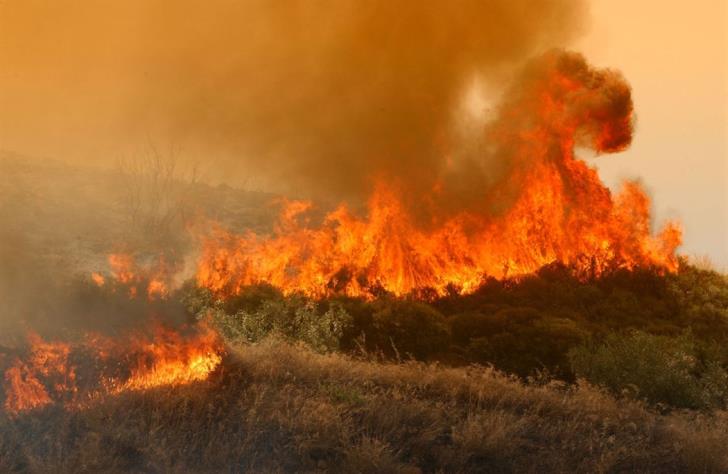 Authorities are bringing in eight fire fighting aircraft to help contain a large fire raging in difficult terrain near the village of Apsiou in the Limassol district.

He said fire fighters who had rushed to scene were hampered by the difficult terrain, with land forces finding it very difficult to approach the blaze.

Authorities had therefore decided to increase the number of aircraft dropping water on the fire from the five initially brought in to eight.

He expressed the hope that the fire was close to being contained, but said that the difficulty of the terrain was making the effort much more difficult.

By In Cyprus
Previous article
Ministers: Bureaucracy bypassed, traffic camera installation set to begin soon
Next article
Committee of inquiry into co-op to be sworn in on Monday