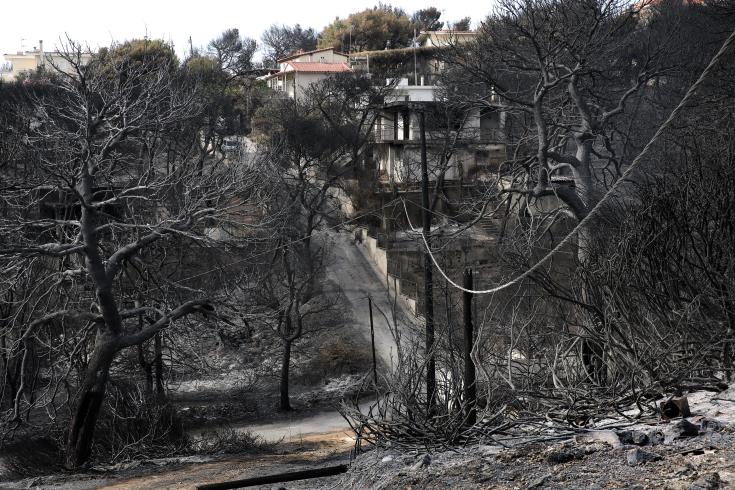 The Cypriot firefighters, who spent almost three days in fire-stricken Greece assisting their Greek colleagues in the efforts to combat the wildfires that ravaged Attica, returned home last night having witnessed what they described as “biblical disaster.”

The fires have killed more than 80 people and injured more than 190, Greek officials announced, while dozens are missing. They also said that there are serious indications that the devastating fires in Kineta and Kalitexnoupoli are the result of criminal acts and specifically arson.

Leonidas Leonidou,  deputy chief of the Cyprus Fire Service, said that the Cypriot mission arrived on the ground the day after the deadly fires had been under partial control.

“The destruction we saw is enormous, it’s a biblical disaster, that took place in just 2-3 hours when the fire destroyed everything. It was an unprecedented experience for us, I have not seen such a huge destruction by fire,” he said.

Chrysilios Chrysiliou Director of the Larnaka Civil Defence, said they had never seen such a complete disaster, noting that that it will take them years to overcome this experience.

“We will need many days, weeks, months or even years to overcome what we have experienced there. Our thoughts are constantly with the people in Attica. From the very first moment we came in contact with the people who suffered, it was unbelievable, we saw a totally destroyed city, people died, many lost their homes, their possessions and properties, we experienced difficult times and we were there to help as much as we could,” he said.

Petros Petrou, responsible for the Forest Department team, said that this was a very difficult task and it took a lot of effort to do the job they were assigned to, noting that they headed for the forest to offer as much help as possible to their colleagues from Greece.

Chief of the Cyprus Fire Service, Markos Traggolas, said that the Service will continue its efforts in Cyprus to make people more aware of the dangers fires pose and help them adopt some measures to protect themselves until the fire brigades arrive.

The government and the people of Cyprus have announced campaigns to collect money and daily necessities (foodstuff, drugs, clothing etc) to send to Greece. The government deposited in a special account 10 million euro to help the effort for reconstruction and appealed to people and businesses to add to this amount. The funds collected will be allocated to special projects.