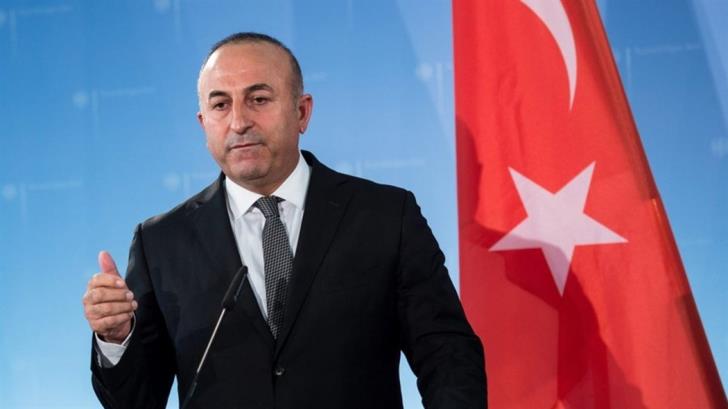 Turkey is starting drilling off Cyprus, the country’s Foreign Minister Mevlut Cavusoglu  has said, adding that not even a bird could fly over the Aegean without the permission of Ankara. The reply from the Republic of Cyprus was that it would not get carried away by Turkish attempts to create tension.

He said Turkey would not make any concessions on Cyprus and would defend the ‘rights’  of the breakaway regime in the north and the Turkish Cypriots.

“We are starting drilling round Cyprus. Turkey now has a drill ship,” he said. “You know that in the past we prevented some drilling, including by the Italians,” he added referring to a stand off over block 3 in Cyprus’ EEZ in February which led ENI to postpone test drilling there. The Cyprus government protested the incident. EU leaders expressed solidarity with Cyprus and European Council President Donald Tusk said the bloc was calling on Turkey to stop such activities.

“International law is in place. The Republic of Cyprus has an Exclusive Economic Zone which is delineated and safeguarded under the UN Convention of the Law on the Sea,” he said.

He added that there were decisions and support from big powers such as the US and Russia, and also from the European Union with very specific decisions where it was needed as regards the rights of the Republic of Cyprus in its EEZ.

By In Cyprus
Previous articleUni of Cyprus Vice-rector resigns amid investigations into financial misconduct
Next articleGovernment commissioners, permanent secretaries get chauffeurs outside working hours