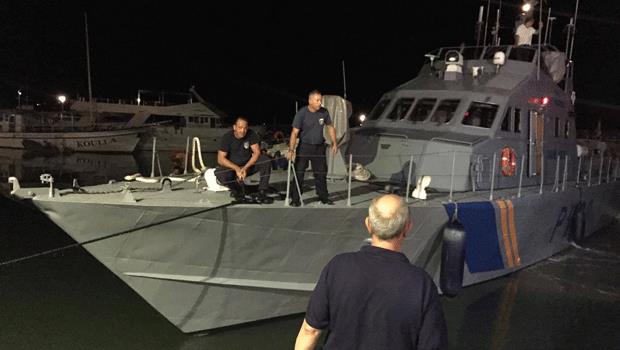 Sixty one Syrian refugees brought ashore at Kato Pyrgos late on Wednesday night are being transferred to the temporary reception centre at Kokkinotrimithia.

Police said that aboard the boat were 60 men and one woman, seven of them underage.  It said that before the boat moored at the fishing shelter,  a 49 year old who appeared to have been the trafficker, jumped into the water but was caught by police and arrested.

The refugees are believed to have embarked from near the Turkish port of Mersina, each paying between $1000 and $2000 to Turkish smugglers.

Police radars intercepted the small boat approaching Cyprus near Mansoura where a port police boat accompanied it to  Kato Pyrgos around 10 pm.

The refugees told police that one of the men in charge of the boat had abandoned it in the afternoon, returning to Turkey in a speed boat that had accompanied it.

The refugees were given food and clothing and spent the night  in the area. Though tired, they were in good health.

Kato Pyrgos Community leader Nicos Kleanthous said there were reports that more boats packed with Syrian refugees are expected in the next few days.