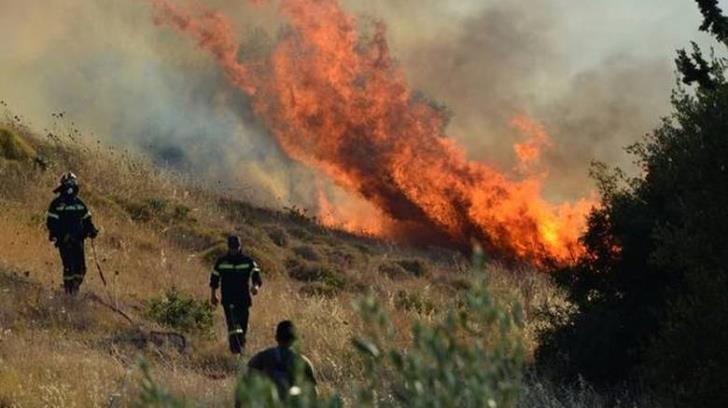 Fire fighters have managed to contain a fire that broke out shortly after 1 pm in the Pytharka area near Letymbou Paphos.

After battling the blaze from land and air they managed to control the fire around 5.30 pm.

Fanned by strong winds the fire burnt an expanse of five hectares.

The fire broke out between Polemi and Ayios Demetrianos in the Paphos district.