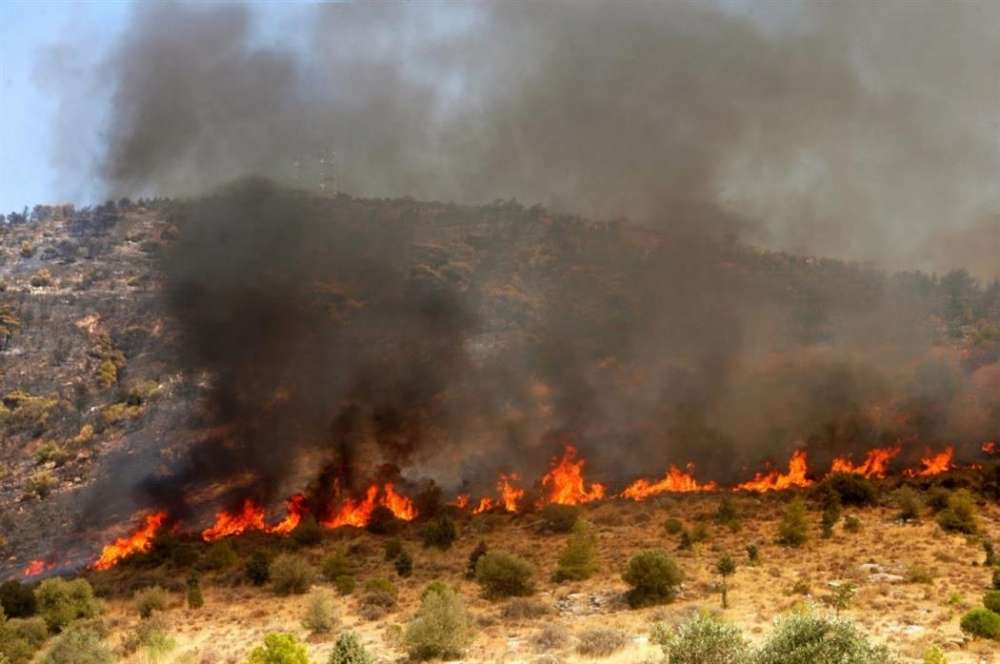 A fire in the buffer zone which mobilised the fire services of the Republic was contained late on Monday afternoon, but fire fighters will remain in the area to guard against a flare up.

Earlier on Monday, the fire services of the Republic were on high alert as huge flames threatened an UNFICYP sentry post and cultivated fields outside Dherynia, close to a residential area, Philenews reported.

UNFICYP and fire fighters battled the blaze. Accompanied by UNFICYP vehicles, four fire trucks entered the buffer zone to contain the fire before it spread to Kato Dherynia and occupied Famagusta, it said.

The Turkish occupation army also sprung into action, opening up an anti-fire corridor and bringing fire trucks to the area.

Firefighters had been on standby near Famagusta Hospital in Dherynia after a fire that broke out in the buffer zone late on Sunday night flared up again, burning dry grass and wild  vegetation.

Fire service spokesman Andeas Kettis said earlier that two fire trucks were standing by at the hospital and had fought back the fire earlier on Monday when it approached the hospital.

But the main front of the fire was in the occupied areas, towards the sea, he said.