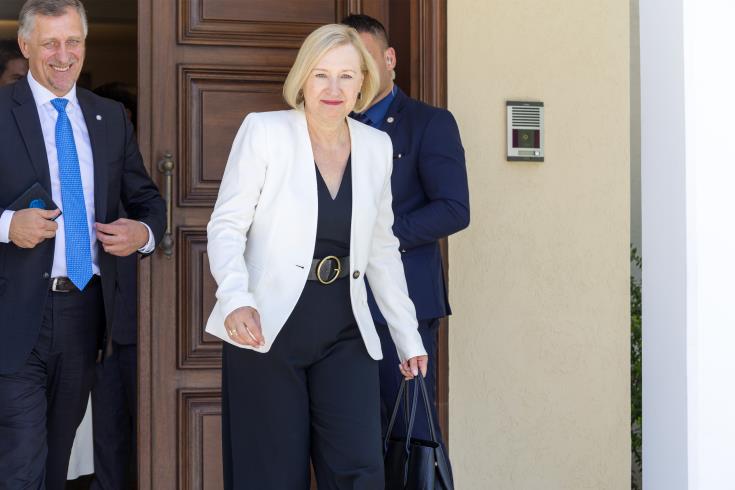 UN Secretary General’s Special Representative in Cyprus and Head of the UN peacekeeping force on the island (UNFICYP), Elizabeth Spehar, briefs on Monday the UN Security Council in the framework of its deliberations on UNFICYP in view of the renewal of the force’s mandate, during a meeting of the Council that will take place on January 30.

According to its programme of work, the UNSC’s convenes today at 1000 New York time for its deliberations on UNFICYP. The meeting will be closed.

The UN Secretary – General Antonio Guterres has recommended that the Security Council extends the UN peace-keeping force`s in Cyprus mandate for six more months, until July 31st 2020, reiterating his commitment to explore with Cyprus President Nicos Anastasiades, Turkish Cypriot leader Mustafa Akinci and with the guarantor powers the possibility to convene an informal five-plus-UN meeting at an appropriate stage.

“In this regard, I again urge the leaders, the guarantor powers and other interested parties to make productive use of the coming period,” Guterres said in his report on UNFICYP.

Cyprus has been divided since 1974, when Turkish troops invaded and occupied 37% of its territory

.Comprising military and civilian personnel from various contributing countries, UNFICYP arrived in Cyprus in March 1964 after intercommunal fighting broke out. The mandate of the force is renewed every six months by the UN Security Council.