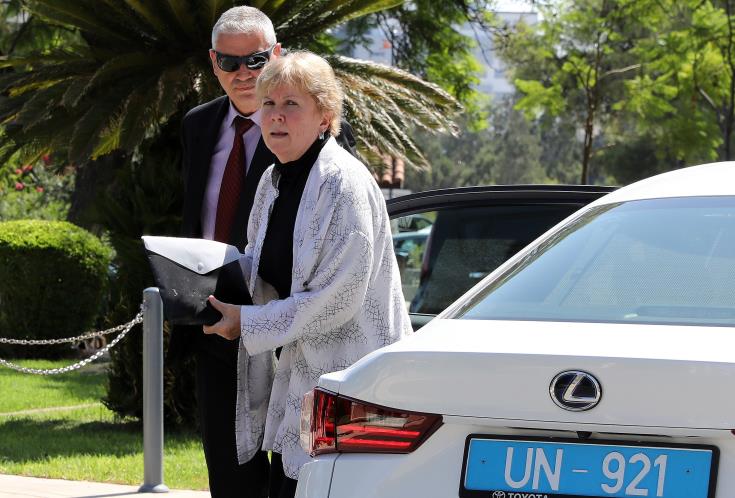 UN Secretary – General`s special envoy on Cyprus, Jane Holl Lute, is expected to visit Cyprus in March, to meet with Cyprus President, Nicos Anastasiades, and Turkish Cypriot leader, Ersin Tatar, in the framework of preparations for the informal 5+1 meeting on the Cyprus problem, expected to take place in Geneva at the end of April.

Responding to a question, a well-informed source told the Cyprus News Agency (CNA) that “the intention is for Ms Lute to visit Cyprus. We haven`t discussed the practical details yet, but the visit will probably take place during the second week of March.”

Meanwhile, a meeting of the group of lawyers – constitutional experts that has been set up to advise President Anastasiades, in view of the informal meeting, will meet in Nicosia on Monday afternoon.

Government Spokesperson, Kyriacos Koushos, told CNA last Friday that the members of the team have already  examined various issues tabled before them and have begun to discuss the results of the work they have already done, adding that today they will meet again to discuss certain legal issues concerning the substance of the Cyprus problem and the informal meeting.

Moreover, he noted that President Anastasiades has already met with the negotiating team and intends to use the expertise and knowledge of its members, particularly in areas they have already dealt with.

Cyprus has been divided since the 1974 Turkish invasion. The latest round of UN backed talks took place in the summer of 2017, at the Swiss resort of Crans-Montana, but failed to yield results.