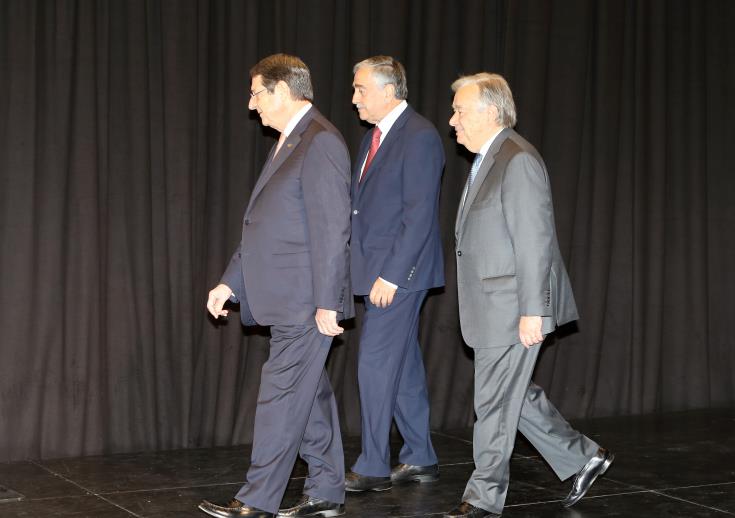 UN Secretary General Antonio Guterres has sent a letter to President of the Republic of Cyprus Nicos Anastasiades in which he states that the UN is closely monitoring the issue of the fenced off city of Varosha in Turkish occupied Cyprus and is committed to help the parties resume negotiations with the aim to reunite the island.

According to a written statement by Deputy Government Spokesman Panayiotis Sentonas, the UN SG sent a letter to the Cypriot President on the August 27 as a reply to President Anastasiades’ letters and following the telephone conversation they held on August 25.

It is stated that in his letter, Guterres says that he takes the concerns expressed by the President of the Republic regarding the issue of Varosha seriously and he assures him that he is closely following the developments, citing the recent UN reports dated July 10 and 13, 2020.

In addition, the UN SG recalls that the UN Security Council, in a statement on October 9, 2019, reaffirmed the importance of the regime in Varosha, as outlined in previous Security Council resolutions, and said that no action should be taken in relation to Varosha which is not in line with the relevant UN SC resolutions.

In his letter, Guterres underlines that the UN is guided by the UN Charter and the relevant UN SC resolutions and is ready to assist in the implementation of measures in line with those resolutions.

The UNSG assures the President of Cyprus that the UN is closely monitoring the situation, remaining committed to helping the parties resume a sustainable and comprehensive negotiation process, with a view to achieving the reunification of the island under conditions of peace and security.

By In Cyprus
Previous articleTurkey owes more than €103 million in damages to displaced Greek-Cypriots
Next articleTwo new coronavirus cases detected out of 2,646 tests