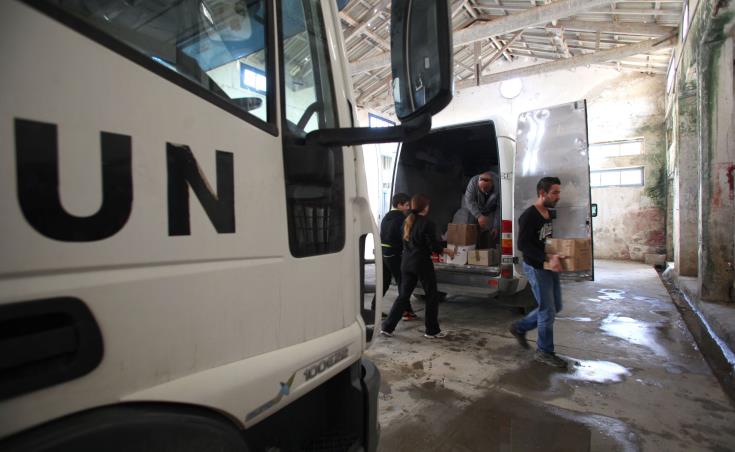 He was asked to comment on the disruption of food deliveries to enclaved Greek Cypriots living in villages, in the Turkish-occupied Karpas peninsula, in the northeastern tip of Cyprus, due to measures imposed by the Turkish Cypriot side aiming to prevent the spread of coronavirus (Covid-19).

“We take the concerns of the affected individuals living in the north extremely seriously. Preventing the potential spread of Covid-19 while we continue humanitarian deliveries is a key priority for Unficyp” Siddique said.

“We have stepped up efforts to prevent the spread of the virus by minimizing the number of personnel required to deliver humanitarian supplies and having robust hygiene, sanitation and social distancing measures in place for all our peacekeepers” he added.

The mission continues to follow the guidance of WHO, UN headquarters and the local authorities as the situation evolves, the Unficyp Spokesman concluded.

By In Cyprus
Previous articleUK health minister Hancock tests positive for coronavirus
Next articleCovid-19: MoH calls anew on citizens to adhere to procedure for access to healthcare