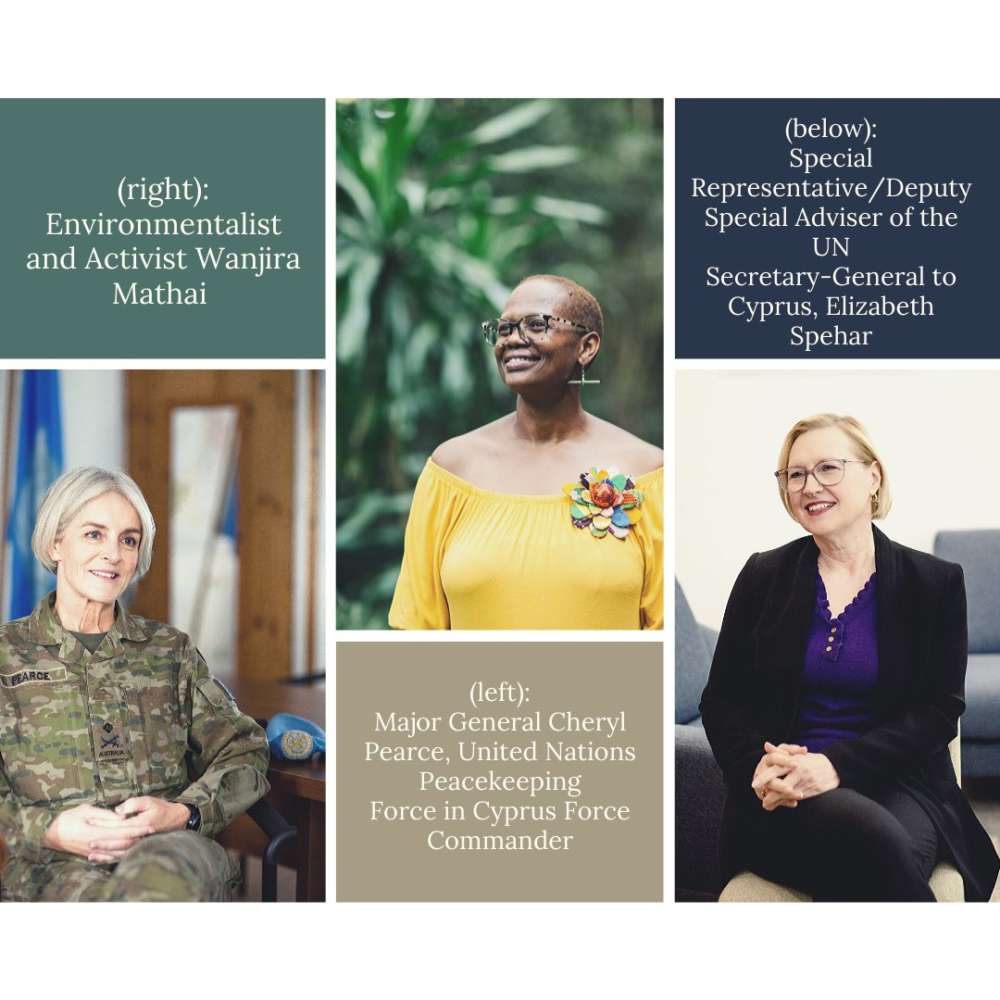 UNFICYP’s Elizabeth Spehar and Cheryl Pearce and Kenyan environmentalist Wanjira Mathai will feature in the new documentary HER highlighting the stories of women who have shattered barriers to achieve excellence in their fields.

Currently under production,  HER will make its World Premiere in September during the United Nations General Assembly in New York, nonprofit organisation A Call for Peace said.

Each woman, from different parts of the world, continue to make an impact in their communities and on the global stage, while also advancing the Sustainable Development Goals (SDGs) with their work, it said.

“The countries have been chosen from various regions precisely because of existing individuals who have made drastic changes and had a massive impact on the improvement and progression in gender equality nationally and regionally,” said Producer Melodie Carli.

“We’re honoured to help share the stories of extraordinary women from different backgrounds, who continue to break down barriers and effect positive change in their communities and around the world,” said Producer Juan Carlos Borrero.

“Despite many personal sacrifices, they simply would not let anything stand in their way, and continue to inspire and empower others,” added Carli.

Qatar’s ambassador to the US Meshal bin Hamad Al-Thani said that Qatar has made the promotion of gender equality and women empowerment one of the cornerstones of its long-term development strategy.

“Side-by-side with men, Qatari women have taken on a leading role in the country’s economic, political, and social transformation as part of Qatar National Vision 2030. Qatari women hold key political, diplomatic and economic positions in the government and the private sector,” he added.

It was made possible in collaboration with the United Nations Peacekeeping Force in Cyprus, the embassy of the State of Qatar, Washington, DC, UNOP, UN WOMEN, UNITAR, and UNDPI.

About A Call For Peace:
A Call for peace is a 501c3 nonprofit organization registered in the United States. A Call for Peace aims to educate institutions (citizens, corporate employees, world leaders, educators, governmental institutions and educational institutions) on the importance of peace, education, dialogue, and gender equality in society while supporting the United Nations Sustainable Development Goals. This is accomplished with the production of documentaries, online course, and e-learning tools available internationally in conjunction with UNITAR-UN Institute for Training And Research and other institutions.

By In Cyprus
Previous articleDali pollution: Teachers’ union threatens to shut down school
Next articleDoctors whose credentials are in question still examine patients