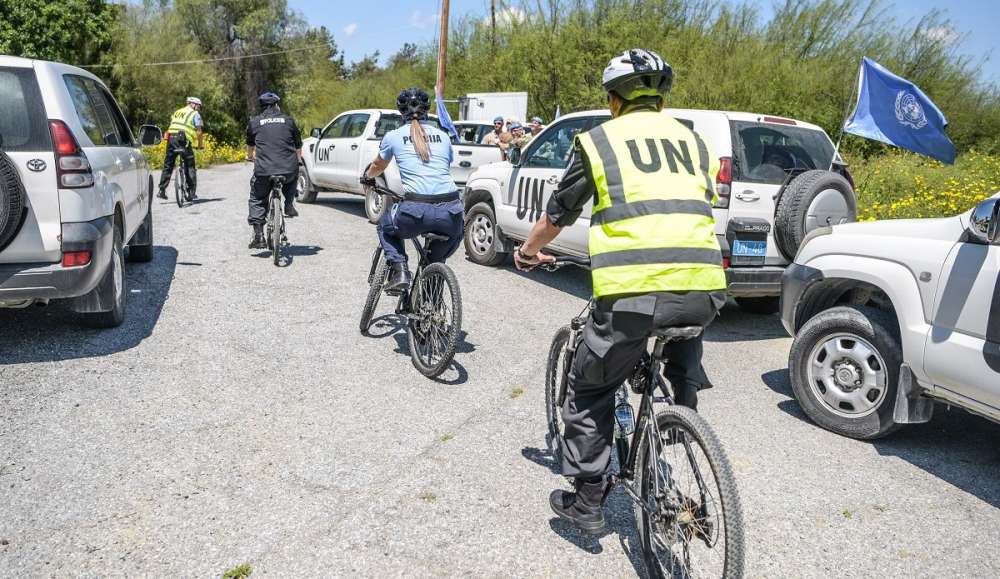 The four-cyclist patrol started from Ledra Palace Hotel in the Mission’s Sector 2 and ended at the Ledra Street crossing point.

These patrols are intended to boost the capacity of UNPOL in making its regular rounds within the city of Nicosia with its narrow streets and old buildings.

UNPOL was monitoring these areas through foot patrols so far.

The objective is to ensure greater flexibility for UNPOL officers and enable them to have greater access to the Buffer Zone and patrol larger expanses. “This is an essential operational requirement,” said Dongxu Su, Acting Senior Adviser.  “Additionally, it is hoped that bicycle patrols will enable community members on both sides to have greater interaction with UNPOL officers as required. This is part of an approach that relies on community-oriented policing practices,” he stated.

The launch of bicycle patrols marks a significant expansion of an already busy station in the Mission’s Sector 2 with UNPOL officers providing support to air, vehicle and foot patrols across the Buffer Zone.