UN to remove mines from 18 locations in Cyprus 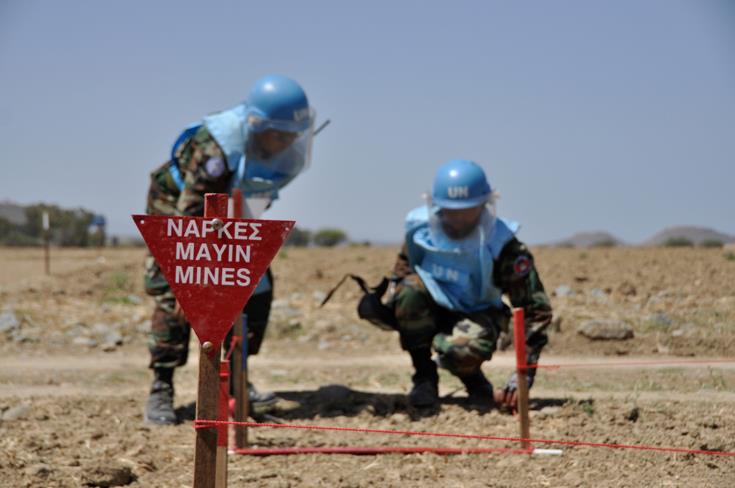 The UN will remove mines from 18 areas of Cyprus as part of the confidence building measures agreed by President Anastasiades and Turkish Cypriot leader Mustafa Akinci in February.

According to CNA, the UNFICYP, the National Guard and the military in the occupied north met last week to determine the areas where the demining will take place.

A source told CNA that inspections in the 18 areas will start soon. A team of experts from abroad will come to Cyprus to determine the geological characteristics of the areas and make a plan for the demining.

UNFICYP data indicates that there are 47 suspected hazardous areas in Cyprus that may be contaminated with mines or explosive remnants of war, amounting to approximately 1.7 million square metres of land.